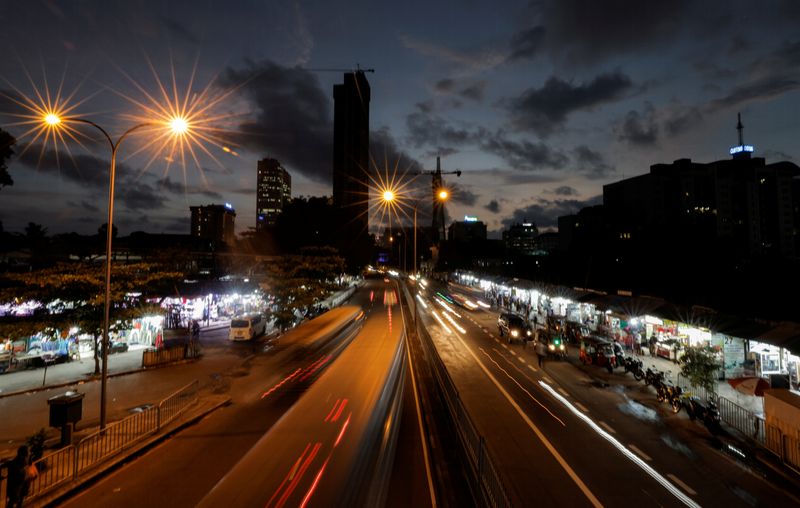 By Jorgelina do Rosario and Uditha Jayasinghe

LONDON (Reuters) – Sri Lanka expects the International Monetary Fund board to approve a $2.9 billion loan by year-end, officials from the country’s central bank told investors during a virtual presentation on Friday, sources participating in the event said.

Sri Lanka is struggling with its worst economic crisis in more than seven decades, which has led to shortages of essentials and the ouster of a president.

The IMF board approval of the loan is expected by mid-December. From now until mid-November, the country aims to get financing assurances from public- and private-sector creditors.

Sri Lanka targets agreements in principle with all its creditors between the last quarter of the year and the second quarter of 2023, the sources participating in the event said.

The country earlier this month reached a staff-level agreement with the IMF for the loan of about $2.9 billion, contingent on it receiving financing assurances from official creditors and negotiations with private creditors.

“It’s going be very tough, but so much of it depends on China, basically one creditor, so maybe it can be done,” said a bondholder who requested anonymity.

The virtual presentation to investors on Friday marks the first time the Sri Lankan government has formally engaged with private bondholders after deciding earlier this year that it would restructure $13 billion in international sovereign bonds, held by private creditors such as asset managers BlackRock (NYSE:) and Ashmore.

“This was a fairly typical kind of introductory presentation that we’ve seen a lot of times before,” the bondholder said. “The government lays how bad the situation is basically trying to anchor expectations towards a deep haircut.”

As a middle-income country, according to the World Bank, Sri Lanka is not able to engage in talks with bilateral creditors under the G20 common framework for debt treatments.

The country officials added that the ad-hoc platform should be established by the creditors themselves as soon as possible, while the government is only promoting it.

The sources said Lazard, which is advising the government, said that this initiative would resemble the G20 platform. It will offer equal footing for creditors to access relevant information and a forum to discuss emergency credit lines, the presentation showed, according to the sources.

Government officials added that the perimeter for a local debt restructuring is still being looked into because of its impact on the domestic banking system, and no final decision has been made yet. No default on any local currency debt has occurred so far, they added.

The central bank governor said that the country has paid Sri Lanka Development Bonds in both dollar and local currency. These bonds make up $2.6 billion, which is 3.3% of GDP, according to an IMF review released in March.