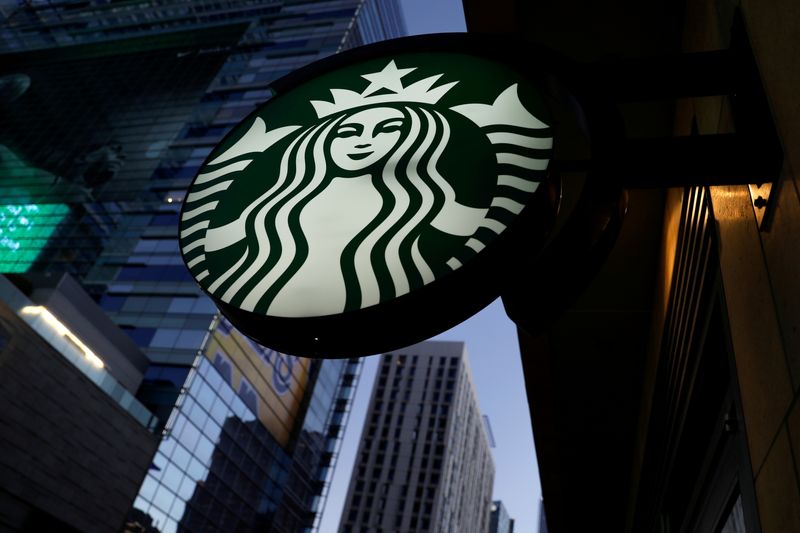 By Praveen Paramasivam and Hilary Russ

Fresh lockdowns to curb the spread of the Delta variant in Starbucks’ largest growth market of China have also hit businesses of several other restaurant chains, including Yum China Holdings (NYSE:) Inc.

The coffee chain posted a 7% decline in China comparable sales in its fourth quarter, missing its forecast of roughly flat growth and offsetting a 22% jump in the United States.

But Chief Executive Officer Kevin Johnson also said higher prices, higher wages, new unit development, automation in stores, speedier cooking equipment and other investments will help it beat rivals and push its operating margin to its ongoing target of 18% to 19% in fiscal 2023.

Johnson declined to say how much Starbucks would raise prices on Pumpkin Spice Lattes and other menu items.

But he said that “we are taking price and we will continue to take price in an inflationary environment.”

The chain will also invest in equipment – like warming ovens and cold brew systems – to speed up operations and let workers perform other tasks.

On Wednesday, Starbucks said it would raise pay for U.S. workers with at least two years of employment and offer $200 referral bonuses, as it grapples with a nationwide labor shortage.

Starbucks is also closing some locations early in order to redeploy staff to other stores, Chief Operating Officer John Culver said during the call.

The coffee chain also committed to $20 billion of share repurchases and dividends over the next three years.

Analysts say the pressure in China should be temporary as restrictions ease and Seattle-based Starbucks opens more stores in the world’s second-largest economy to boost growth.

Starbucks earned $1 per share on an adjusted basis – narrowly beating estimates of 99 cents.