Stocks May Continue To Rise, But Plenty Of Risks Just Over The Horizon


Stocks were flat on Tuesday, finishing the day lower, with the falling by 60 basis points and the Qs finishing flat. The uptrend in the market remains firm, with a path to around 3,600 for the S&P 500 still in place, and reaching all-time highs by around the election.

Overall, the underlying narrative of a blue wave sweep and a large stimulus deal is still the story helping to send stock prices significantly higher.

Additionally, we have seen the options trader’s return with volumes increasing meaningfully over the last couple of days. Based on the traded options, which all very short-term expiration, it suggests speculation is driving this. 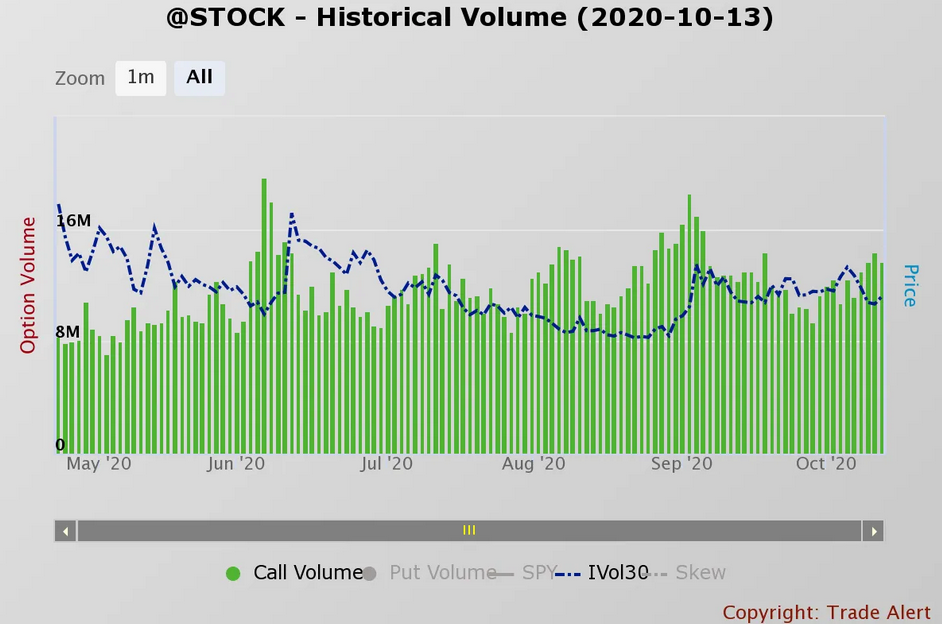 The significant risk for the market will come after the election in terms of what the market will do because it’s uncertain and unclear at this point just how the government will look. It could be a blue wave sweep as the market is now pricing in, or it could also very well be a scenario where President Trump remains in office, the Republicans maintain the Senate, and the Democrats hold the House. There’s also a scenario where President Trump wins the election, and the Senate flips to Democrats.

Basically, in this scenario, it would be viewed mostly positively because President Trump would be forced to work with the Democrats to come up with a stimulus plan. Lastly, and potentially the most consequential outcome would be if the Republicans maintain the Senate, President Trump loses to then-President Biden, and the House remains. This is the scenario I see, as the most probable, with nothing getting done until sometime in the spring, leaving the market hanging for about two to three months before a deal could be reached. This would create the most significant risk for the market. But overall, until the election, the trends remain higher.

The S&P () fell yesterday to around 3,500, which is a crucial level of technical support.

While the also maintained their level of support around $293. Overall they also retained their current uptrend off of the September 24th lows.

Apple (NASDAQ:) was a big mover yesterday after the company unveiled its new iPhone 12, 12 Mini, pro, and Pro Max, coming as expected. 5G is now available on the phones. It will be available at the beginning of November.

The stock was unable to break $124 resistance and did retrace a little bit, but it’s hard to imagine the market going up without Apple participating in it.

Yesterday we did see some bullish call buying in PayPal (NASDAQ:), which suggests the stock rises over the next few weeks. However, the technical pattern isn’t as strong as I would like it to be.

Splunk (NASDAQ:) got a nasty downgrade from UBS after hours, who took the stock to sell from buy and cut its price target to $165 from $242. UBS noted a downtick in business for the company. The stock is trading lower after hours at $209 from a close of $215. That group may be one to watch today. The stock is only 26% since the September lows. Wild. $195 could the next stop.