Stonks: The Canary In The Stock Market Coal Mine

After my fascinating conversation with Investech founder Jim Stack a few months ago, I was inspired to put together an indicator for tracking broader speculative activity in the stock market. As Jim noted during our chat, the action in so-called “stonks,” or popular meme-driven equities, can be a great indication of the broader “animal spirits” driving the bull market. For this reason alone, they are probably worth keeping a close eye on.

For quite a while now, I have been tracking a number of these “.” However, they have grown in number over the past year and so plotting them individually on a single chart (indexed to 1,000 as of 1/1/17) has gotten pretty noisy. 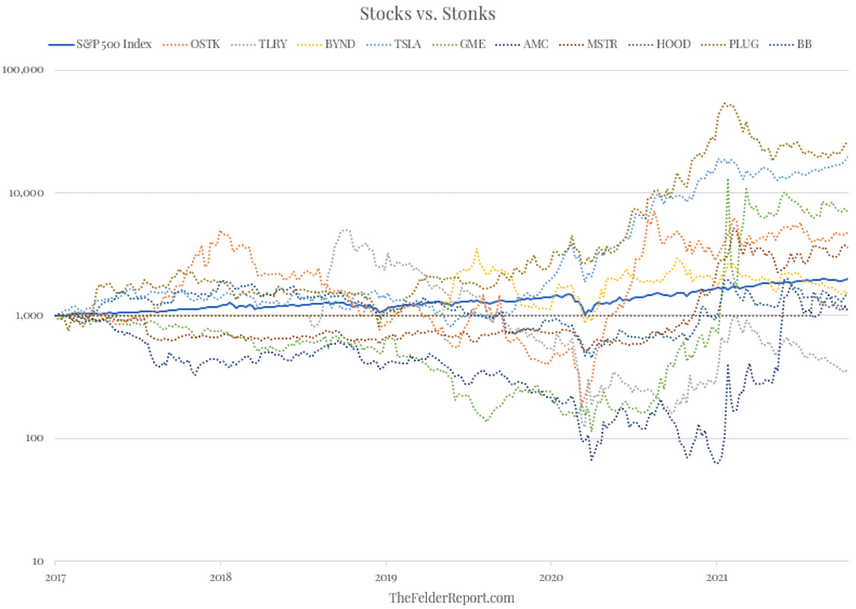 Combining them into a single index cleans up the picture a bit. And the immediate takeaway is that “animal spirits,” at least as measured by this group, with the GameStop (NYSE:) blowoff and have put in a pattern of lower highs ever since (although we don’t yet have a lower low). 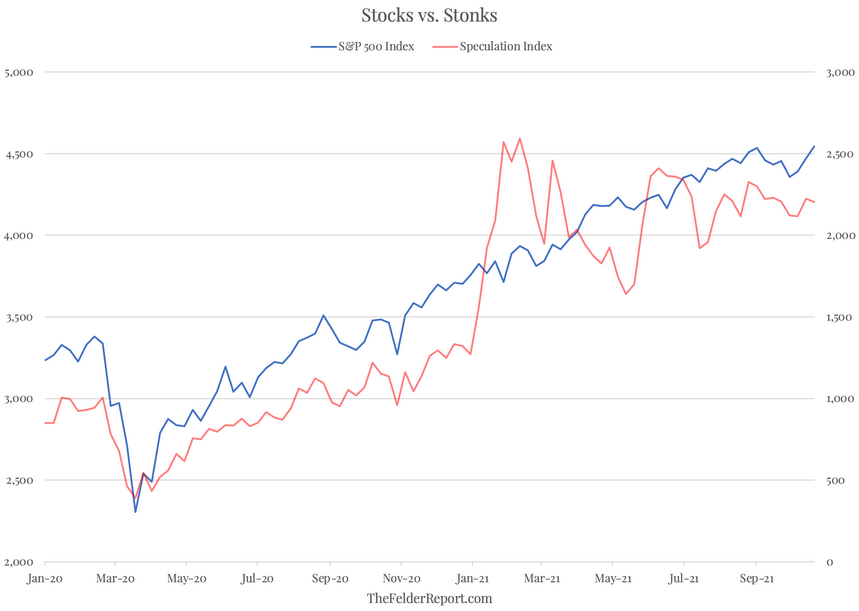 Furthermore, if these single stock manias are now, as a group, entering the bust phase then the potential downside is significant. While intelligent investors can argue whether the broad stock market is overvalued or not, there simply is no debate when it comes to stonk market. These things have become undeniably obscene. 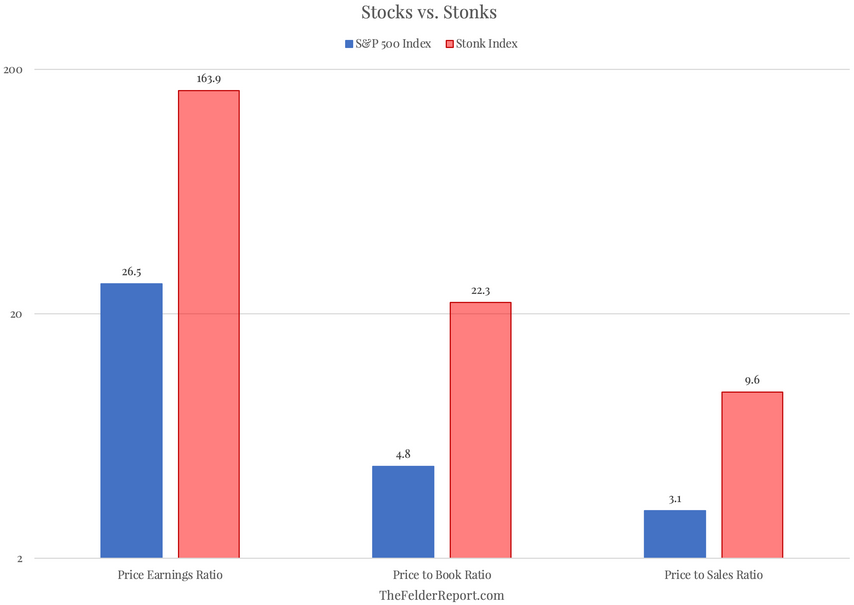 I’ll be watching this new index to see if it can make a lower low, as that might indicate a downtrend is underway. And, considering they could represent the canary in the bull market coal mine, a bear market in stonks could have important implications for stocks in a broader sense.