The surge in bond yields suggests that we are nearing the ideal entry point to buy longer-duration bonds for capital appreciation and portfolio protection.

Such isn’t the first time we have made this call.

In , we wrote why Jeff Gundlach was likely incorrect about bond yields topping 6%. Here is the conclusion to that article.

“Currently, interest rates are at a level that has historically led to some sort of event. Whether it was economic, financial, or both, there is no real precedent that suggests rates could rise another 3% from here without severe ramifications. Of course, as the market declines, the demand for “safety” would ultimately push rates lower.

At some point, the Federal Reserve is going to step back in and reverse their policy back to “Quantitative Easing” and lowering Fed Funds back to the zero bound.

When that occurs, rates will not only go to 1.5%, but closer to Zero, and maybe even negative.“ 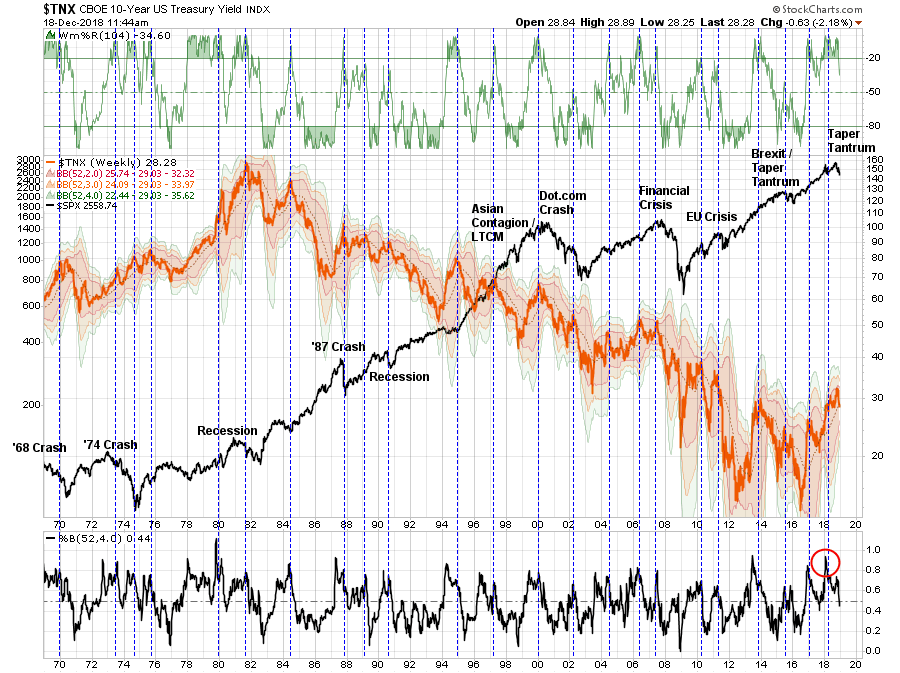 Of course, just 6-months later, the Fed dropped rates back to the zero bound. Then in September 2019, the Fed began bailing out hedge funds. That continued until March 2020, when the Fed implemented the largest ever QE and monetary bailout.

Oh, and rates fell to just 0.5% during the pandemic collapse.

Keep this chart in mind as we will return to it momentarily.

However, the surge in bond yields has investors panicking, and the media gurus proclaiming that rates will rise to 4% or more as the battle over inflation ensues. The Fed also is posturing aggressively about hiking short-term rates to combat inflation.

Investors are piling into the commodity and other related trades in expectation of a more permanent persistence of inflation.

However, the surge in bond yields suggests a very different outcome.

Houston, The Fed Has A Problem

In isolation, the Fed rate hikes would likely not pose a significant threat to either the economy or the stock market. However, the surge in inflationary pressures, caused by a massive dump of government liquidity and a surge in bond yields (both short and long-term), are already tightening monetary policy.

As shown below, the surge in bond yields is unprecedented. Historically, such a surge in short-term yields coincides with either recessions or market events. With yields now 4-standard deviations above their 52-week moving average, such has traditionally denoted peaks in yields previously. 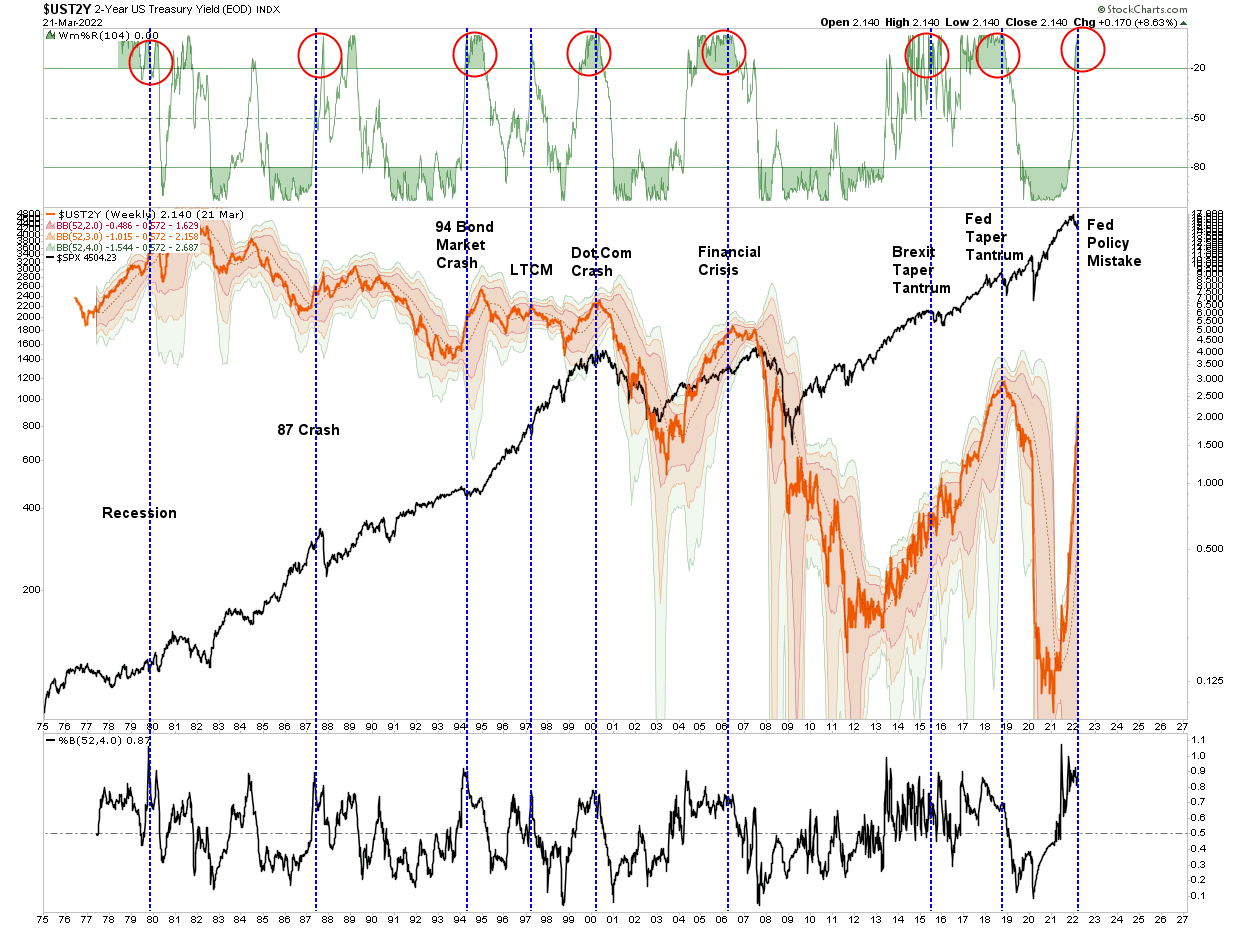 Remember that chart of yields above from 2018? Here is the updated chart. 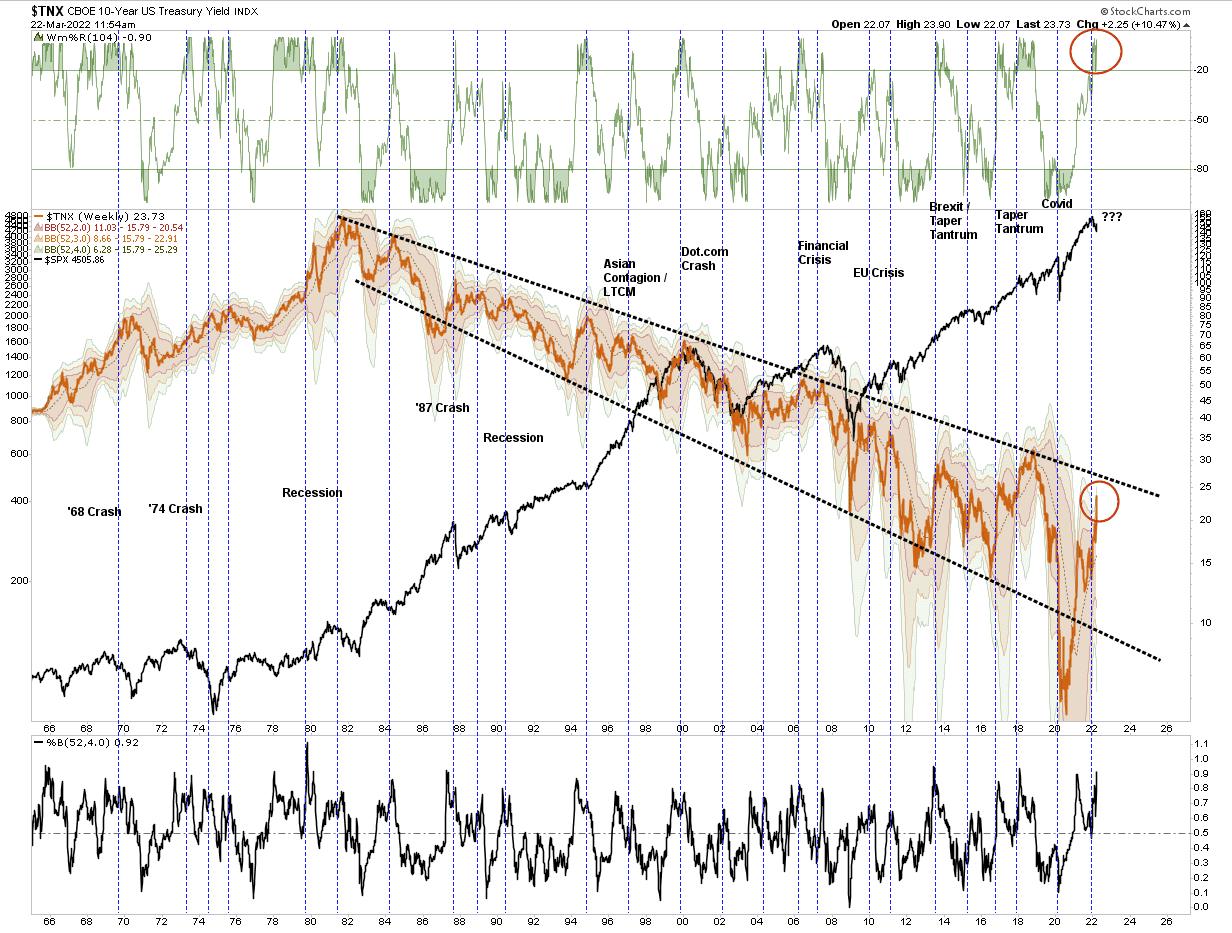 The current surge in bond yields has taken the 10-year bond to extreme oversold levels. As with the 2-year rate, the 10-year rate is now 4-standard deviations above its 52-week moving average. It is also approaching the top of the long-term downtrend channel from 1980.

Notably, people don’t buy houses or cars. They buy payments. Payments are a function of interest rates, and when interest rates rise, loan activity falls as payments rise above affordability. In an economy where 70% of Americans have little savings, higher payments significantly impact family budgets.

Such is a critical point. Higher interest rates create “demand destruction.” Therefore, as rates increase to the point that “something breaks,” the deflationary impact will quickly show in commodity prices. 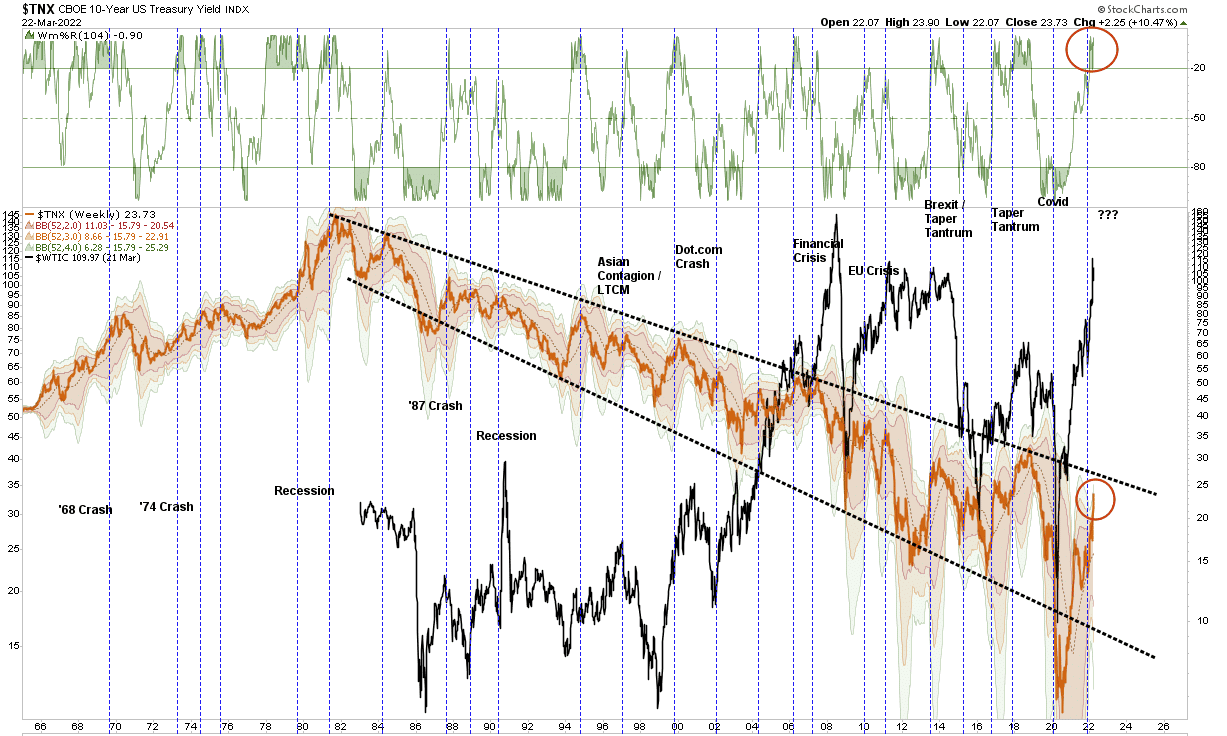 The most significant risk to the Fed is that hiking rates will exacerbate the economic drag. With yield curves heading towards inversion, such historically suggests we are closer to a recession than not.

However, as shown above, history has repeatedly shown that some of the best bond-buying opportunities have come when investors are sure “this time is different.” The reality is that rates can’t rise much before the impact on economic growth leads to a crisis, recession, or bear market. Such is the problem of a heavily indebted and levered economy. 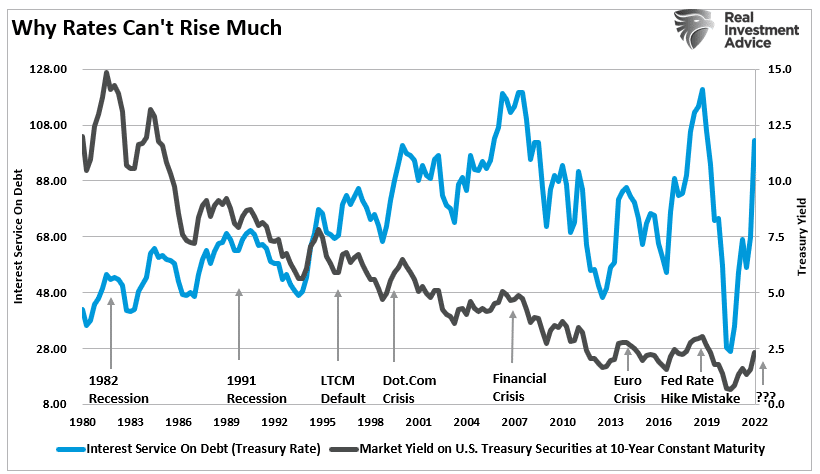 Finally, the Fed will trigger a reversion of the surge in bond yields. As noted by Andreas Steno Larsen:

“We still await the final details on the quantitative tightening (QT) process from the Federal Reserve. However, I stick to the view that QT is likely to increase the flattening pressure on the yield curve even if the Fed policy makers hold the opposite opinion. Empirically, long bond yields have faded every time we approached the end of a QE program. Will this time be different? I doubt it.” 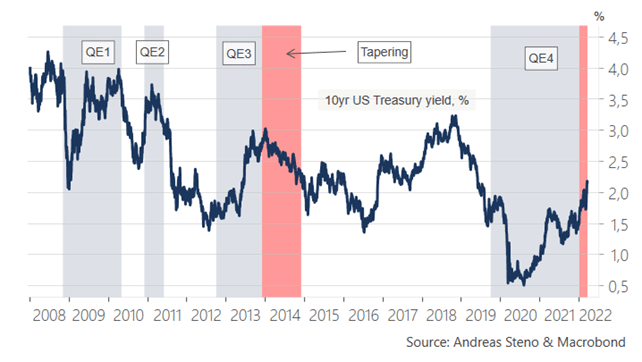 The reason is that when the Fed removes liquidity from the markets (QE), market participants shift from “risk-on” positioning to “risk-off.” Such is because the reversal of QE is coincident with weaker markets.

While buying bonds today may still have some “pain” in them, we are likely closer to a significant buying opportunity than not.

More importantly, bonds will likely outperform stocks and inflation-related trades over the next 12-months.

Such an outcome would not be the first time that happened.