The New Zealand dollar has enjoyed an outstanding month of November, posting gains of 5.3% during that time. The pair has padded further gains on Monday and touched a daily high of 0.6967, its highest level since 2020. We could see the pair break through the symbolic 0.7000 level as early as Tuesday, for the first time since June 2018.

NZD/USD received a boost on Monday after an impressive rebound in retail sales for Q3, with a gain of 28.0%. This beat the estimate of 20.0% and follows a decline of 14.6% in the second quarter. , which excludes automobile and gas station sales, also sparkled, with a gain of 24.1%, after a decline of 13.4% beforehand. The critical Christmas shopping season has already started, and if consumers show confidence in the economy and go out and spend, the economy will receive a shot in the arm, which would also be good news for the New Zealand dollar.

The New Zealand dollar has soared since April 1, posting gains of 15.7%. At the same time, much of the upswing must be attributed to broad weakness in the US dollar, rather than strength on the part of the kiwi. New Zealand reacted swiftly and has kept Covid-19 casualties to a minimum, but repeated lockdowns have hurt domestic spending. As well, reduced global demand for New Zealand exports has dampened economic growth. The economy contracted by 12.2% in the second quarter and we won’t get a look at GDP for Q3 until mid-December. Analysts are projecting a strong rebound in Q3, with a double-digit gain likely. 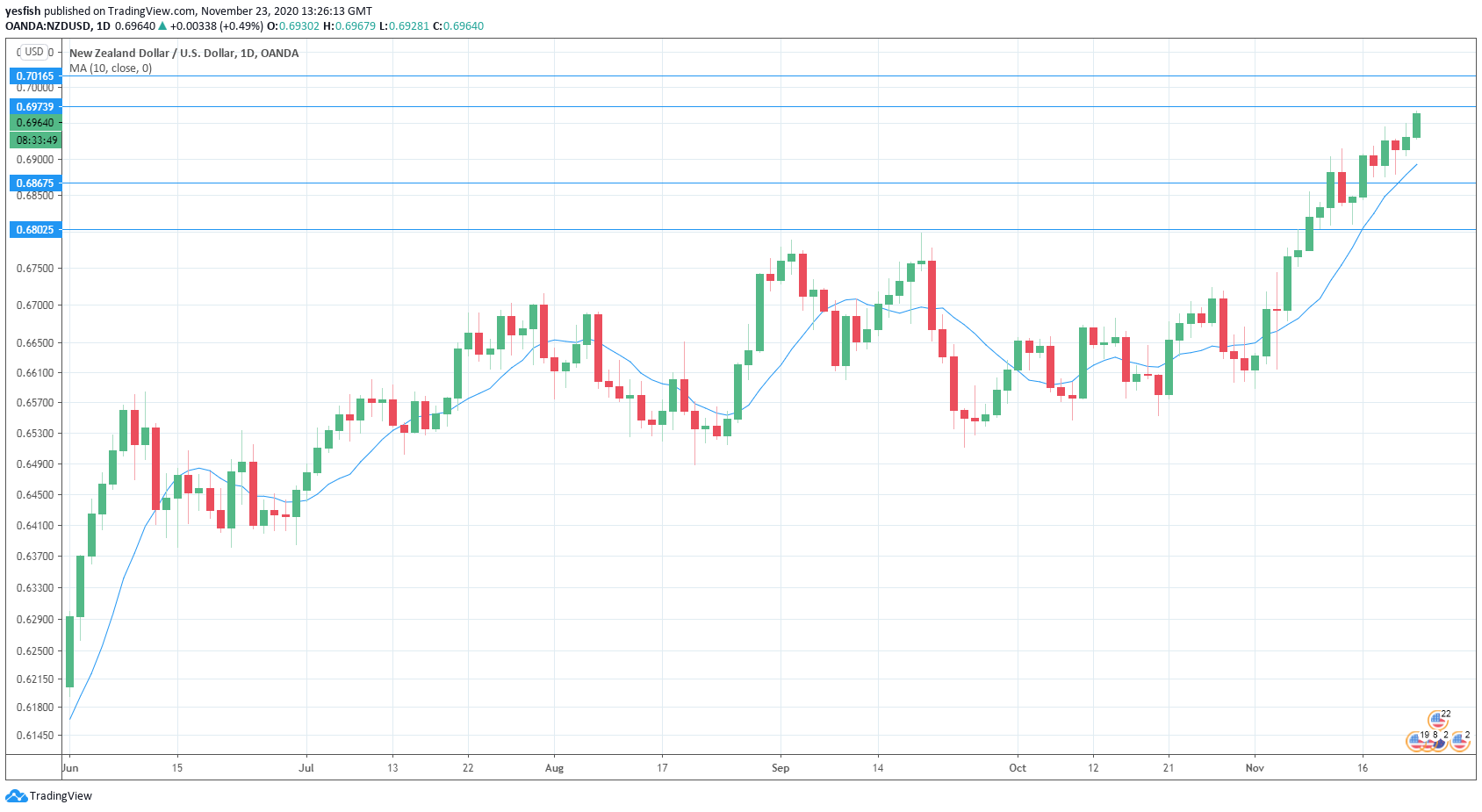 Facebook
Twitter
Pinterest
WhatsApp
Previous articleChart Of The Day: McDonald’s Setting Up For A Black Friday Boost
Next articleUSD Weaker As Many Global Stocks Move Higher