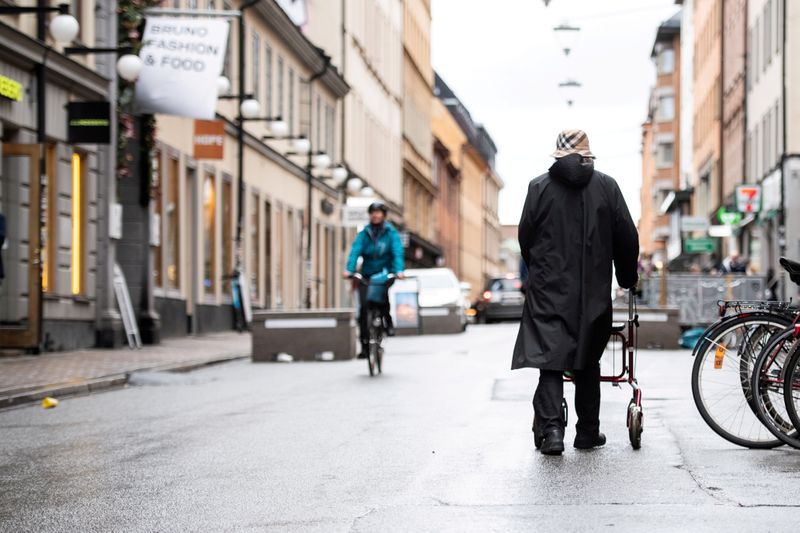 STOCKHOLM (Reuters) -Sweden’s economy grew more quickly than expected in the third quarter, as a vaccine rollout accelerated and COVID-19 curbs were lifted, a preliminary estimate from the Statistics Office showed on Thursday.

The Swedish economy has bounced back more rapidly from the pandemic than many others in Europe, with activity returning to pre-COVID-19 levels in the second quarter.

Sweden, which never went to lockdown during the pandemic, lifted almost all remaining curbs and recommendations at the end of September.

Bottlenecks and global supply chain issues have hit some manufacturers and raised questions over how long the economy can keep going at full speed. Several Swedish car and truck makers were forced to halt production in August due to semi-conductor shortages.

“The growth numbers are strong, especially considering that shortages of goods hampered growth,” Nordea wrote in a research note. “Coupled with higher inflation, this makes a reduction of the Riksbank’s stimulus measures more likely.”

The pace of headline inflation in Sweden picked up to its highest level in more than a decade in September. The Riksbank, which believes price pressure will subdue next year, expects to hold its balance sheet unchanged in 2022 and for the benchmark repo rate to remain at 0% until at least the final quarter of 2024.

Separate figures from the National Institute of Economic Research showed Swedish consumer confidence fell to 103.1 in October from 106.6 in the previous month, but manufacturing confidence rose to a historically strong 128.5 from 126.1.