After Wednesday’s struggles it was good to see Tech Indices take on a leadership role on Thursday.  The enjoyed a clean breakout with a further uptick in relative performance to the and .  While I would like to see this gain matched by the Russell 2000, it was a welcome relief to Wednesday’s negativity. 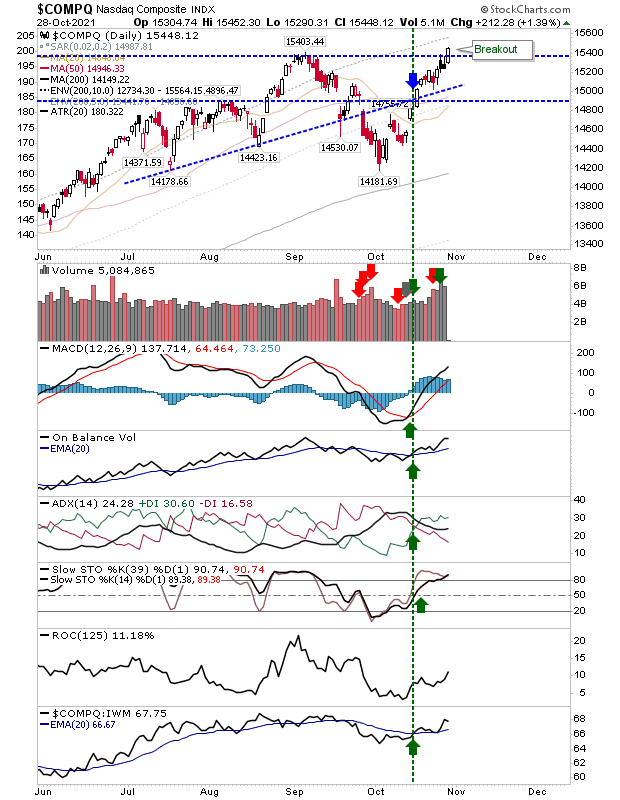 The Russell 2000 (via ) managed to recover all of yesterday’s losses, but notably, it wasn’t able to challenge the ‘bull trap.’  Technicals are mixed, not surprising given the prior trading range.  The early optimism in September where the index was outperforming its peers has moved in the other direction.  Bulls will be leaning on the 20-, 50- and 200-day MA moving averages as a launch pad for a breakout rally. 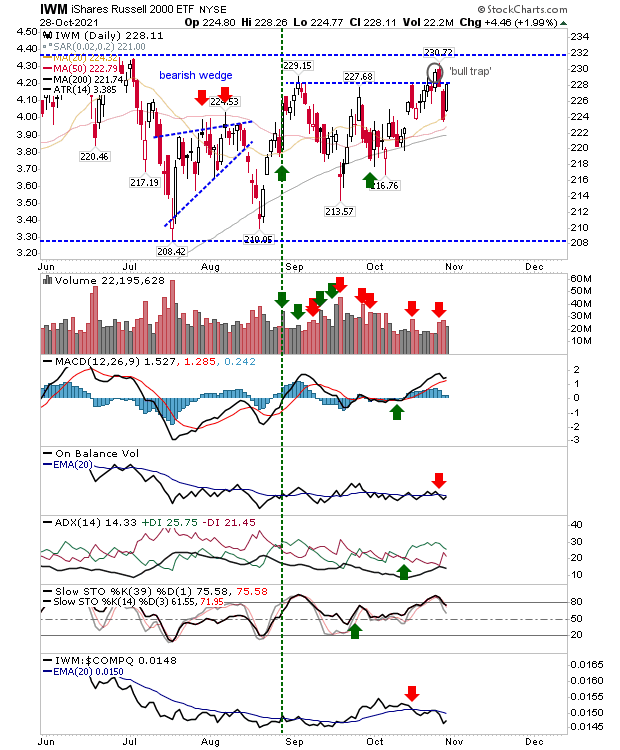 The S&P had posted the strongest reversal candlestick with Tuesday’s ‘gravestone doji,’ but yesterday’s buying almost negated it (along with Wednesday’s sell off).  Today, bulls will have a chance to deliver on this promise and continue the breakout run. 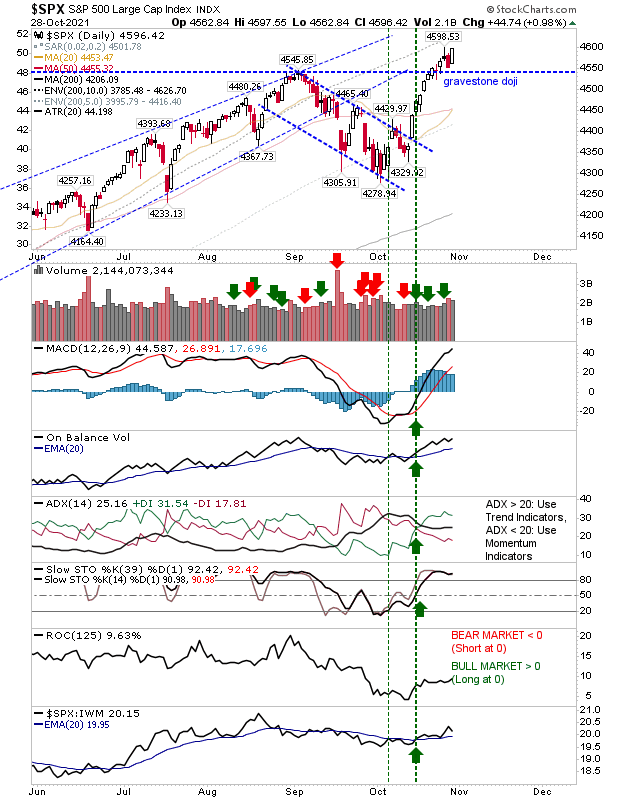 Yesterday was a good day, but the promise only delivered for the NASDAQ.  The S&P and Russell 2000 haven’t quite (re-)crossed the bullish threshold but the opportunity is there.  Let’s see if they deliver.