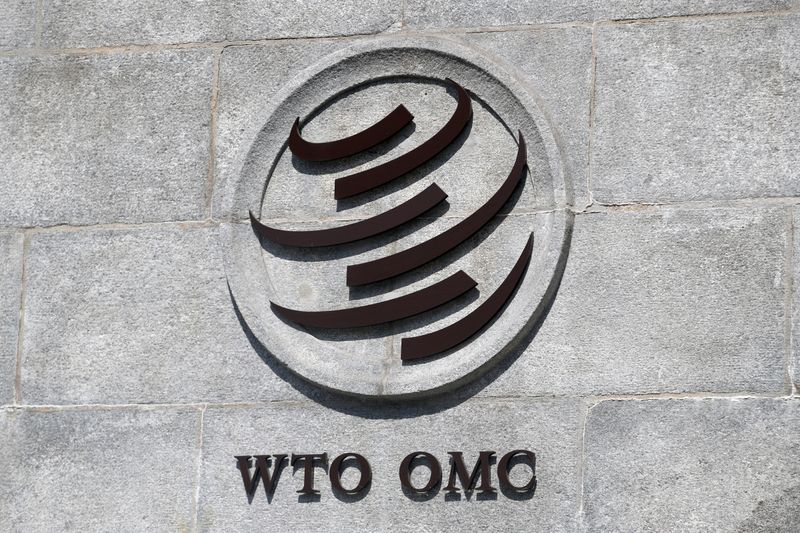 By Philip Blenkinsop and Andrea Shalal

BRUSSELS/WASHINGTON (Reuters) – Faced with a veto from the United States, the World Trade Organization has two unpalatable options for selecting its next leader – override its biggest paymaster with a vote or hope for a change of U.S. president and wait until he takes charge.

With just days to go before the U.S. election, Donald Trump’s administration struck another blow to the global trade watchdog on Wednesday by rejecting Nigeria’s Ngozi Okonjo-Iweala, the woman proposed by a nomination “troika” to be the WTO’s next director-general.

The woman who would be the first African WTO leader is also a U.S. citizen.

In a short statement, the office of the U.S. Trade Representative said it supported rival candidate, South Korean trade minister Yoo Myung-hee, as someone with hands-on experience in international trade.

One Geneva-based diplomat said Washington changed direction “in a chaotic” way in the very last throes of the leadership race to support Yoo, blocking the process.

“It seems like they were improvising,” the diplomat said.

William Reinsch, a former senior Commerce Department official now with the Center for Strategic and International Studies, predicted furious discussions behind the scenes to get the United States to change its position.

Trump has described the WTO as “horrible” and biased towards China and threatened to leave and it is difficult to imagine his administration would acquiesce by Nov. 9, when the WTO will hold a meeting designed to appoint its new leader.

Even if he loses the election, he will remain in office until January 20, making any early resolution even less likely.

It would not be the first time the WTO has faced a roadblock over its leadership. It has in the past found ways round them.

In 1999, two candidates divided WTO members, with a compromise finally found to give each a term. New rules were then put in place to avoid a repeat.

Candidates least likely to attract a consensus “shall withdraw”, the 2003 rules say, with a vote to be taken “as a last resort”. Korea’s Yoo could withdraw, but her team did not respond on Thursday to questions about her future intentions.

A vote may appear an easy fix, but is more a nuclear option.

“Big players like subtle vetos. Publicly losing a vote is humiliating,” he said.

Washington might see recourse to a vote almost as an act of war. It is not even clear how WTO members would decide to hold one.

This leaves a final possibility, relying on a change of U.S. president.

Rufus Yerxa, a former senior U.S. trade official who now heads the National Foreign Trade Council, said the result of the U.S. election would be decisive.

“For the people in Geneva that are trying to make this decision, the election will determine if they’re going to be in another showdown fight… or whether they can afford to wait him out and deal with the Biden administration,” he said.

One senior U.S. trade official said that, if Democratic challenger Joe Biden won, WTO members would be well-advised to hold off until he took office. Biden, he added, would be anxious to “get off on the right foot” with the WTO.

The United States has already disabled the WTO’s role as a global trade arbiter by blocking appointments to its Appellate Body, which acts like a supreme court of trade. Could it manage further months without a leader?

Pascal Lamy, WTO director-general from 2005 to 2013, says the lack of clarity creates a margin for manoeuvre, subject to WTO members acquiescing.

“They can lend you authority. It’s limited and on lease. They don’t give it to you, they lend it to you. You need a vision, and a desire to take this organisation from A to B,” he said.

This role, part facilitator, part visionary, in multilateral trade would be missing.

Facebook
Twitter
Pinterest
WhatsApp
Previous articleUp or down? These Bitcoin price levels hint at the next move from $13K By Cointelegraph
Next articleU.S. economy posts record growth in third quarter; COVID-19 scarring to last By Reuters