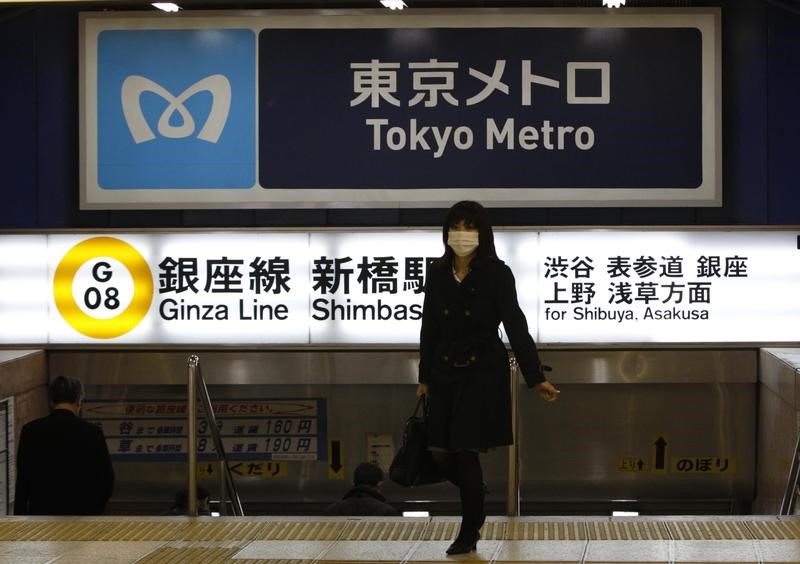 Investing.com– Tokyo core CPI inflation rose more than expected to a 40-year high in November, data showed on Friday, heralding a similar rise in national inflation as the Japanese economy struggles with a weakening yen and increased raw material prices.

The (CPI) rose 3.6% in November, its highest annual pace since 1980, data from the Statistics Bureau showed. The reading was higher than expectations for a rise of 3.5% and last month’s 3.4%.

Friday’s reading highlights the growing price pressures on the Japanese economy, which have weighed on production as companies face higher input costs. Rising inflation has also dented consumer confidence and spending, a key driver of the Japanese economy.

The unexpectedly shrank in the third quarter, and faces an extended downturn due to pressure from high prices. Nationwide hit a 40-year high in October, with November’s reading now appearing likely to trend at similar levels.

A bulk of the country’s price pressures were driven by increasingly expensive commodity imports, stemming from supply chain disruptions due to the Russia-Ukraine war that ramped up the cost of Japan’s energy imports.

Steep declines in the  also factored into the elevated price pressures, as a widening gap between Japanese and U.S. interest rates saw many traders sell the yen in favor of higher-yielding currencies.

This pushed the yen to a 32-year low earlier this year. While the currency has since pared some losses, it is still trading down substantially for the year.

The yen moved little on Friday after the inflation reading.

Despite the economic destruction caused by a weak yen and high inflation, the has so far given no indication that it intends to hike interest rates from ultra-low levels, which it has maintained for the better part of a decade. The bank’s dovish stance is expected to keep the yen weak and price pressures high in the near-term.

Facebook
Twitter
Pinterest
WhatsApp
Previous articleCrypto has survived worse than the fall of FTX: Chainalysis By Cointelegraph
Next articleSouth Korea’s President Yoon warns of crackdown on striking truckers By Reuters