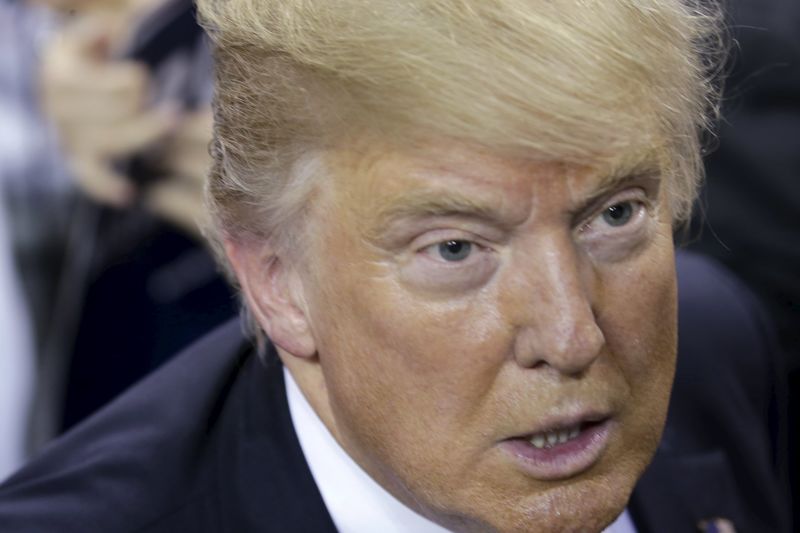 Investing.com — POTUS is infected, September payrolls are due, and there’s still no agreement on a fourth stimulus package in Washington. Stocks are down on a combination of virus and economic concerns, and oil prices are tumbling to a three-week low. Here’s what you need to know in financial markets on Friday, October 2nd.

President Donald Trump and First Lady Melania Trump have tested positive for Covid-19, the White House said. White House Doctor Sean Conley said in a published memo that Trump was “well” and would continue to discharge his duties from the White House while he quarantines.

Vice President Mike Pence has also been tested for the virus. His test result has not yet been published.

Trump appears to have contracted the virus from senior aide Hope Hicks, who tested positive on Wednesday and who travelled with Trump to the first presidential debate in Cleveland.

U.S. stock futures fell by around 1.5% in response to the rise in political uncertainty stemming from Trump’s Covid diagnosis.

The market was also unsettled by the failure of talks between House Speaker Nancy Pelosi and Treasury Secretary Steven Mnuchin to reach agreement on a new stimulus package. Talks are set to continue Friday.

Stocks likely to be in focus Friday include cruise operator Carnival (NYSE:), which reports earnings a day after extending the suspension of its U.S. sailings through the end of the year.  Exxon Mobil Corp (NYSE:) will also be in the spotlight, having issued a gloomy preview of its Q3 results after the close on Thursday.

3. Risk-off across the world

Risk assets around the world fell and havens rose in a knee-jerk and largely undifferentiated reaction to the news of Trump’s Covid-19 diagnosis, which throws a huge question mark over the course of the presidential election campaign, heightening already elevated levels of political uncertainty.

The rose 0.1% to 93.882, despite losing ground against the Swiss franc and Japanese yen, two currencies with even harder haven credentials.

European stock markets lost between 0.5% and 1% on the news, while slid 0.1% to $1,913.55 an ounce. Record-low figures for the euro zone last month strengthened hopes of more stimulus from the European Central Bank no later than December.

The U.S. will publish its official labor market report for September, against the backdrop of a better-than-expected ADP payrolls report but stubbornly high initial jobless claims.

Analysts expect the U.S. economy to have added 850,000 in the month through mid-September, a slowdown from 1.37 million last month. The is expected to have edged down to 8.2% of the workforce from 8.4%.

The numbers, while “noteworthy”, will not change the perception that the U.S. labor market is “distressed”, Bannockburn Global Forex’s Marc Chandler said.

After the payrolls data come data for August and the University of Michigan’s survey, both at 10 AM ET

prices fell to their lowest in nearly three weeks as the lack of progress on a stimulus package, the broader spread of the Coronavirus as the northern hemisphere heads into winter, and the knock-on effects of Trump’s diagnosis all combined to weaken sentiment.

The lack of a stimulus package has immediate effects for the U.S. airline industry, which has fallen back into crisis mode in the absence of fresh government support. (The airline sector’s woes have also badly disrupted an attempted 5 billion pound recapitalization by aero engine maker Rolls Royce (LON:) in the U.K.)