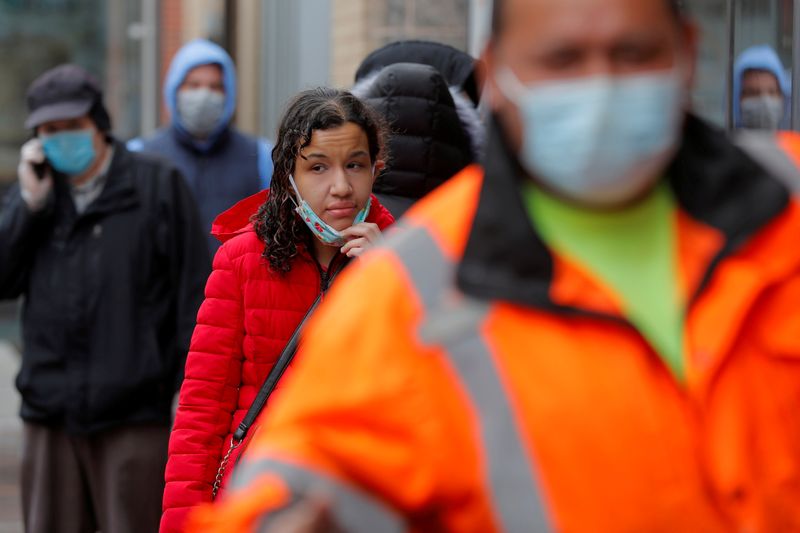 BOSTON/NEW YORK/WASHINGTON (Reuters) – Banks that facilitated the U.S. government’s Paycheck Protection Program at first saw the effort as a small revenue booster with a patriotic bonus, shepherding $525 billion in loans to businesses slammed by the fallout of the COVID-19 pandemic.

But as taxpayers begin to take on the cost of forgiving those loans, lenders like JPMorgan Chase (NYSE:) & Co, Wells Fargo (NYSE:) & Co and Bank of America Corp (NYSE:), are girding for what is likely to be years of regulatory scrutiny for their role in doling out the money, according to industry insiders, securities filings and government watchdogs.

“The sense of anxiety is high,” said Vivian Merker, a management consultant to financial services firms at Oliver Wyman in New York. “They are gearing up for years of requests from regulators and there’s still reputational risk from PPP fraud even if they did all the right things to follow program rules.”

Banks participating in the Paycheck Protection Program (PPP) issued more than 5.2 million loans, to be repaid by the government as long as borrowers demonstrated financial need and used most of the cash to make payroll.

Fraud by borrowers popped up almost as quickly as the program, overseen by the Small Business Administration (SBA), began in April. The Department of Justice has so far brought charges against 82 individuals in 56 cases for around $250 million in loans, according to a review by the Project On Government Oversight.

So far, the burden on lenders has mostly been administrative. One veteran attorney who advises major banks on compliance matters said clients were responding to as many as 20 law enforcement subpoenas a week, producing documents and making employees available for interviews.

There is increasing concern, though, that the lenders themselves will face legal challenges over PPP, already leading to internal compliance reviews, investor warnings and even the outright sale of loan portfolios, according to public statements and people familiar with the situation.

At least four banks have warned investors in shareholder filings about PPP regulatory and legal risk. Bank of America, for example, said in a July filing that its participation in government stimulus programs “could result in reputational harm and government actions and proceedings, and has resulted in, and may continue to result in, litigation, including class actions.”

Among the possible hazards, experts have pointed to potential violations of the program’s first-come, first-served application rules, disadvantaging minority-owned and women-owned businesses; maintaining adequate documentation, especially for loan forgiveness applications; and abiding by broader “know your customer” rules, which could have spotted more fraud.

Under pressure to get the cash out the door fast, banks were initially concerned they would be taking on too much liability, even if they stood to earn origination fees of up to 5%, and 1% interest payments on government-guaranteed loans. Lenders secured a promise from the government that they would not be held responsible if borrowers broke the program rules.

It also said some banks limited their PPP loan programs to existing customers.

That decision, the report said, had a disproportionately adverse effect on women-owned and minority-owned businesses, because they are less likely to have pre-existing banking relationships, according to U.S. Federal Reserve data. Depending on the circumstances, policies that hurt such “protected” groups – even if inadvertently – can violate fair lending rules.

Citing an internal April presentation, the report said that Citigroup (NYSE:) identified the negative effect on these businesses as a possible compliance risk, but decided to initially prioritize existing customers because demand was high and it required less manual intervention. Citi declined to comment.

A Truist spokesman said that it handled PPP applications through a single portal on a first-come, first-served basis, “without any preference to larger or more affluent clients.”

Bank groups pushed back on the House report. The Consumer Bankers Association said lenders were denied waivers that would have made it easier to lend to new borrowers, and that larger borrowers had dedicated staff and documentation that accelerated their applications.

“When Congress, the SBA and Treasury designed the Paycheck Protection Program they prioritized getting money into the hands of small businesses very quickly, issuing confusing and changing operational and legal guidance for banks,” said Greg Baer, CEO of the Bank Policy Institute.

People familiar with the situation say that virtually every large PPP lender, including JPMorgan, Citi, Truist and KeyBank, conducted standard internal reviews to spot violations by their own employees of program rules.

“As we participate in efforts to make critical government stimulus programs available … we continue to execute on our controls to identify, address and report fraud,” a Truist spokesman told Reuters via email.

Wells Fargo said in a May filing that it had received “formal and informal inquiries from federal and state governmental agencies regarding its offering of PPP loans.”

Wells Fargo spokesman Manny Venegas said the filing was referring to industry-wide inquiries from regulators over PPP fraud, which the bank had worked to spot and report. He declined to comment on whether the probes also concerned bank employees or processes.

Regulators have signaled there’s much more to come. The SBA plans to review PPP loans over $2 million and its inspector general recently said there were “strong indicators of widespread potential abuse and fraud.”

A recent U.S. House committee analysis found tens of thousands of PPP loans could be subject to fraud, waste, or abuse, including more than $1 billion in multiple loans to the same company, a violation of program rules.

James Stevens, an attorney who advises lenders at Troutman Pepper in Atlanta, said banks did their best to get money to needy small businesses, but that fast-changing program rules created “fertile ground” for fraud and internal errors.