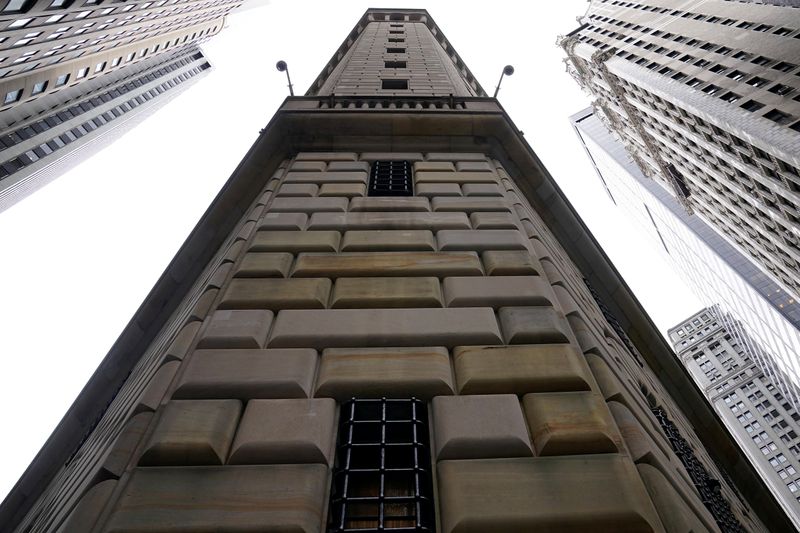 © Reuters. FILE PHOTO: The Federal Reserve Bank of New York is pictured in the Manhattan borough of New York City

(Reuters) – U.S. consumers reported mixed feelings about the labor market in October as the outlook for unemployment improved but the perceived odds of finding new work after losing a job dropped to a six-year low, according to a survey released on Monday by the New York Federal Reserve.

The regional Fed bank’s latest Survey of Consumer Expectations found gradual improvement in optimism about the labor market, with the average expectation that the unemployment rate could be higher one year from now dropping for the third consecutive month.

The perceived odds of losing a job in the next 12 months also dropped to 15.5% in October from 16.6% in September, but were still above the pre-pandemic level of 13.8% in February. The drop was largest among people with higher levels of education and those earning more than $50,000.

At the same time, consumers across education and income levels said they worried it would be harder to find a new job if they became unemployed. The perceived odds of finding new work dropped to 46.9% in October from 49.9% in September – the lowest level since April 2014.

Data released by the Labor Department on Friday showed that new hiring continued to slow in October and more people faced long-term joblessness, but the unemployment rate also fell to 6.9%, a bigger drop than expected by analysts, and more people entered the labor force.

The survey of consumer expectations is a monthly poll conducted on a rotating panel of 1,300 households.