U.S. Dollar Shines, Thanks To The Fed


The Fed has launched a new wave of revised market expectations, simultaneously worsening its view of the macroeconomy while promising to raise rates longer and higher. All these factors are working to boost the dollar, reinvigorating its already protracted rally. 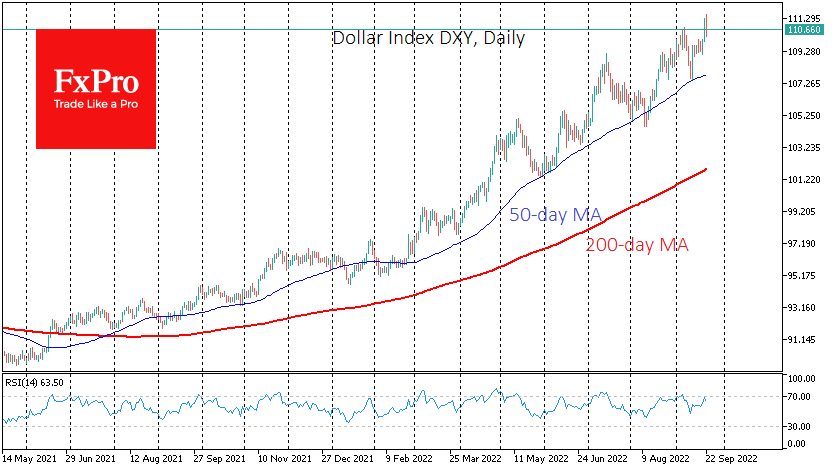 The US central bank does not seem to be shy about helping the dollar to grow to 20-years+ highs, adding more than 17% so far this year and 25% from the bottom in the middle of last year.

The expensive dollar and the cooling of the credit market amid high-interest rates are helping to push back towards the target. Yesterday’s meeting showed that the Fed is not yet ready to change that path. This is partly due to the Fed having overlooked the inflation problem for too long, working to make inflation more sticky.

However, the Fed’s actions not only describe the currency market’s dynamics. Plenty of other central banks have resorted to similar measures, racing to tighten policy and contain the weakening of their currencies, but so far, they have not kept up with the leader. And we are seeing the market punishing them for it. 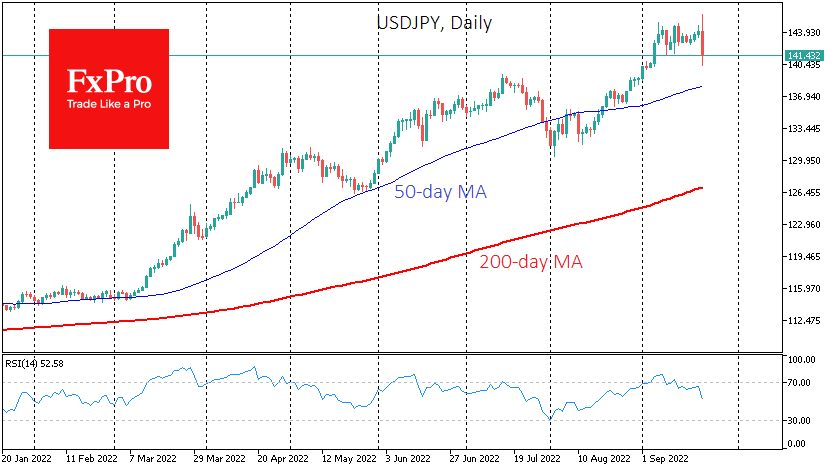 On Thursday morning, the was renewing 37-year lows, at one point finding itself near 1.1210. The market was unimpressed with a 50-point , although it got precisely what it had expected.

The made a 20-year low at 0.9800. The was close to 146, but the first intervention since 1998 saved the yen from an uncontrolled collapse and pushed the USD/JPY to 141. However, it is unlikely that the pair has peaked yet as the Bank of Japan has confirmed its efforts to target interest rates.

The Swiss National Bank the rate by 50 points, after which the lost over 2%. The markets were hoping for some surprise. However, Switzerland is not suffering from excessively high or an excessively low currency. Most likely, traders avoided making big bets after the Fed and SNB announcements but did so when all cards were on the table. 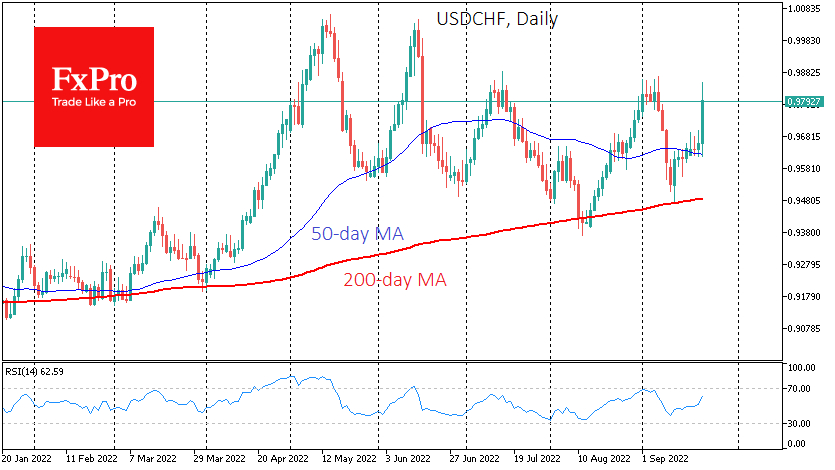 It will not be surprising if the continues its strengthening in the near term towards 120 until the end of the year. With the dollar at multi-year highs, the currency market has entered an area of increased volatility.

Big movements in the yen and other major currencies can still occur repeatedly, creating risks and opportunities for short-term speculators.