The is coming down, which has been technically expected vs. , as I had mentioned earlier. A catalyst for even further weakness of the buck in the last two sessions is in which members noted that they would be careful with hiking rates going forward.

This sounded dovish, and the US yields came down, and notes went higher, which hurt the USD and a positive on stocks. So risk-on is in progress, which helped lift EUR, , , and others. Even and are recovering despite a lower .

From an Elliott wave perspective, we see DXY coming perfectly down into a fifth wave, with room for 104. 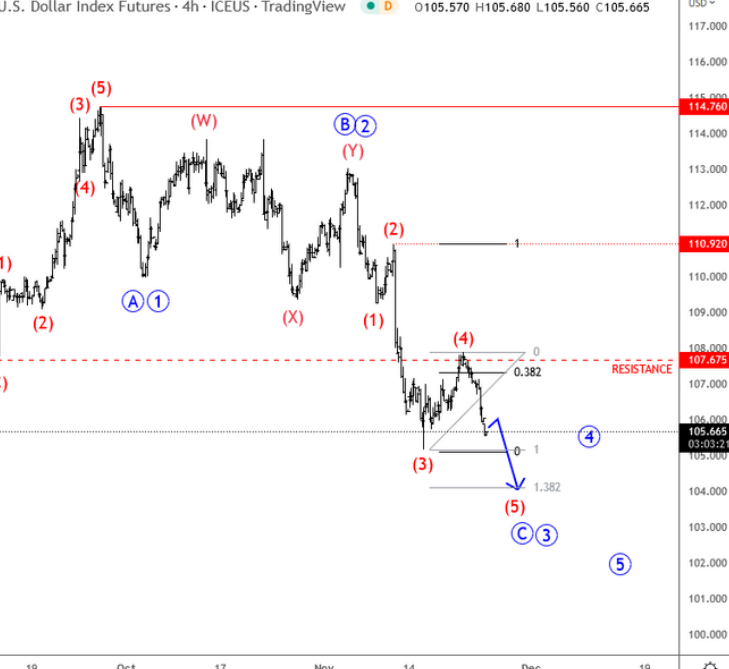