The blowback from the war in Ukraine has only just started to rock the global economy, but the early clues for the US remain encouraging. There’s a long road ahead and it’s too early to make high-confidence forecasts, but preliminary data for March suggest that growth still has the upper hand.

Let’s start with yesterday’s survey data, which paints an upbeat profile for the US macro trend this month. The initial estimate of the US Composite Index, a survey-based GDP proxy, accelerated to an eight-month in March. The 58.5 print is well above the neutral 50 mark and signals a solid expansion trend. 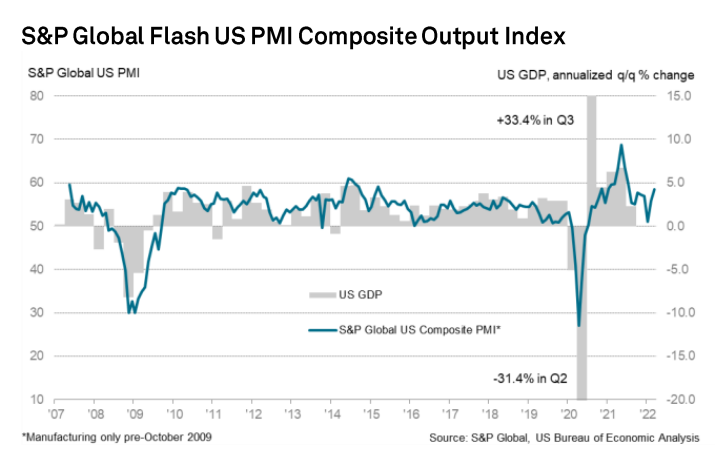 The latest weekly update on US supports the upbeat PMI data. Indeed, new filings for unemployment benefits last week fell to the lowest level since 1969.

“US businesses are not laying off workers because they know the enormous challenges they’re facing in filling open positions,” says Ryan Sweet, a senior economist at Moody’s Analytics.

A research note from economists at Jefferies, an investment bank, advises that the labor market “is extremely strong and [jobless claims] data is exactly the sort of evidence that has given the Fed confidence that they can raise rates more quickly to battle inflation.” Overall, “demand for labor is strong and there are no reasons to believe that this will change any time soon, barring another wave of a new Covid variant.”

Despite these upbeat numbers, it’s premature to assume that the economy has dodged a business-cycle bullet. That assessment, or rejecting it, will take several months. Meanwhile, as CapitalSpectator.com outlined earlier this week, recession risk has risen recently, largely due to the confluence of surging inflation and various global shocks unleashed by the war in Ukraine.

But higher recession risk has yet to reach the tipping point. Although the potential for trouble has surely increased relative to a month ago, there’s still room for debate about what comes next. For now, using numbers published to date, shows a low probability that a new NBER-defined economic contraction has started, or is about to start in the immediate future. The challenge is that economic conditions are subject to radical and perhaps dramatic changes in the weeks ahead, due to the blowback from Russia’s invasion of Ukraine and elevated inflation.

An added factor of uncertainty, some economists advise, are changes in the forces of growth and contraction. “The long era of low inflation, suppressed volatility and easy financial conditions is ending,” says Mark Carney, a former head of the Bank of England. “It is being replaced by more challenging macro dynamics in which supply shocks are as important as demand shocks.”

Another complication is that the US economy is heading into a period of elevated macro risks with a decelerating growth rate. Some current nowcasts for first-quarter GDP activity anticipate a sharp slowdown in output that suggest economic activity will come to a virtual stop. The Atlanta Fed’s GDPNow model is projecting that Q1 GDP will increase by a tepid 0.9% in the first three months of 2022 (based on the Mar. 24 estimate) – a dramatic slowdown from Q4’s red-hot 7.0% surge (annualized rate). 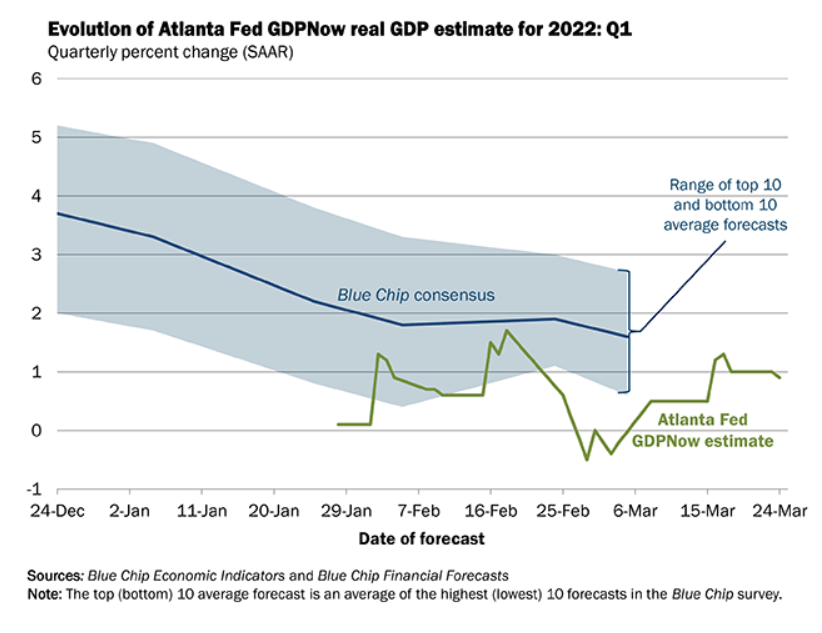 But other nowcasting models suggest otherwise. Notably, Now-casting.com is currently estimating a much stronger US expansion north of 4.0% for upcoming Q1 numbers, based on the firm’s Mar. 25 analysis. 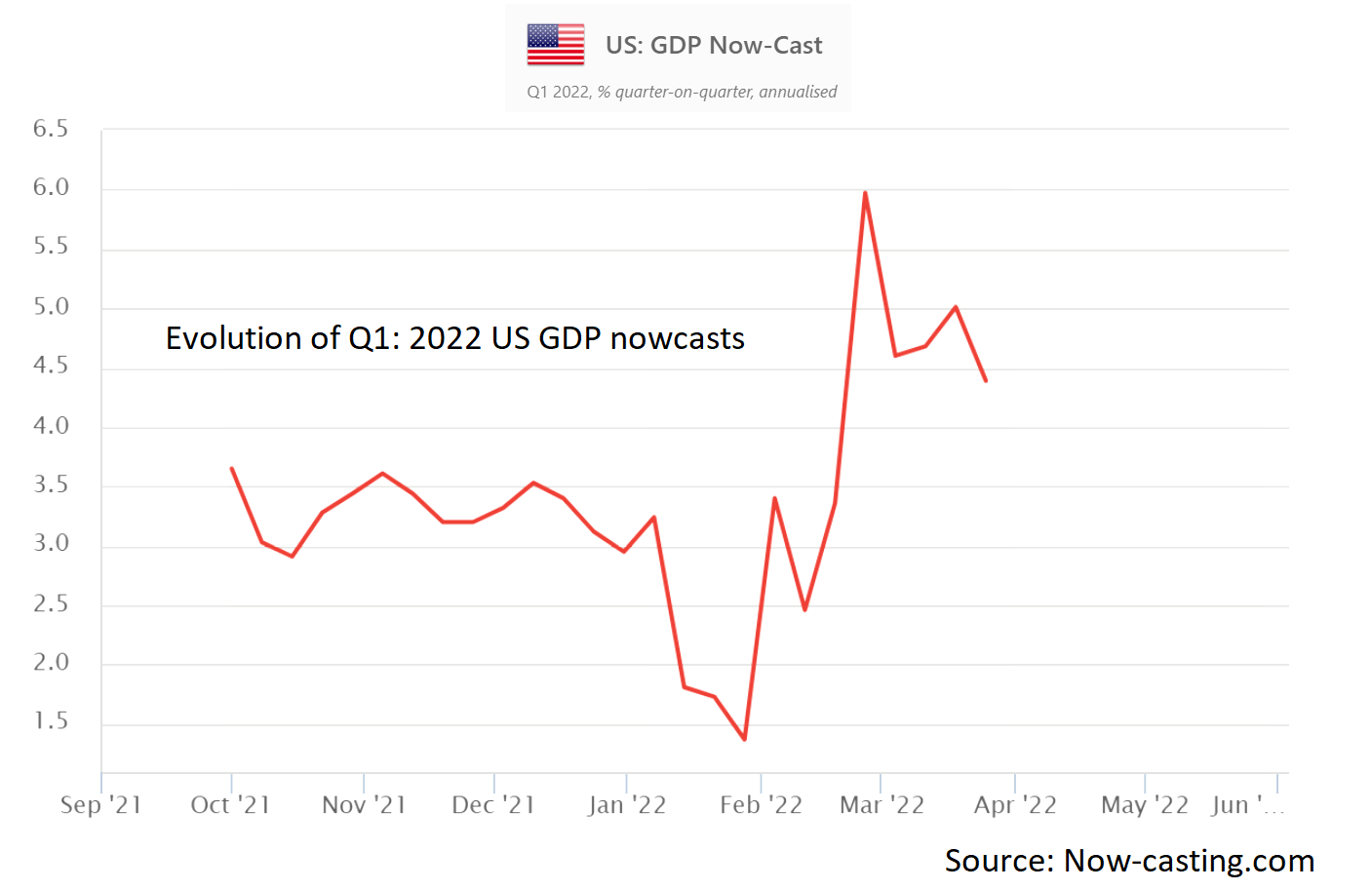 Nonetheless, with a global shock just starting to roil economies, along with the uncertainty of how the Ukraine war could evolve in the days and weeks ahead, a hefty dose of humility is required for assessing the path of US economic activity in the near term. So far, however, there are reasons to think that the current expansion will continue in some degree for the foreseeable future. The challenge is watching the incoming data and deciding how, or if, to change the cautiously optimistic outlook.