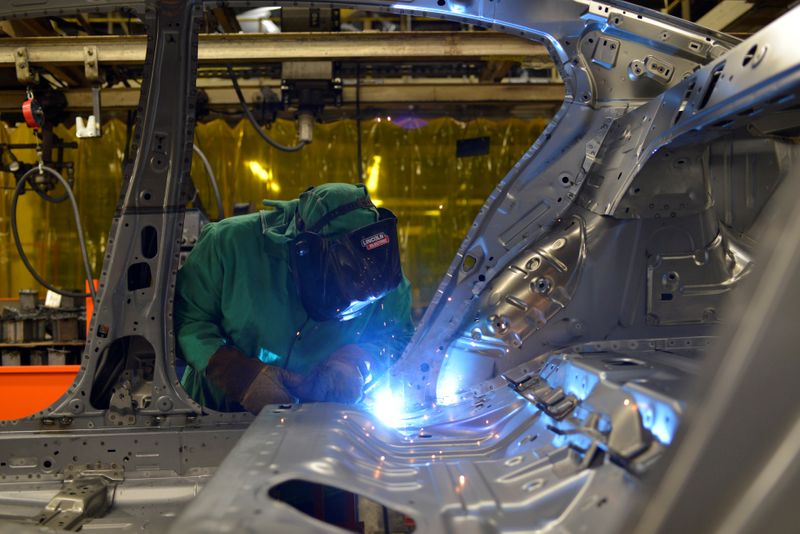 WASHINGTON (Reuters) – New orders for U.S.-made goods increased less than expected in August, though business spending on equipment appeared to be recovering, which likely supported the economy in the third quarter.

The Commerce Department said on Friday that factory orders rose 0.7% after accelerating 6.5% in July. Economists polled by Reuters had forecast factory orders would increase 1.0% in August.

Manufacturing, which accounts for 11.3% of U.S. economic activity, is recovering from its pandemic lows as businesses replenish inventories. The pace of expansion, however, is slowing as the coronavirus crisis lingers and the boost from fiscal stimulus ebbs.

The Institute for Supply Management reported on Thursday that its measure of national factory activity fell in September as new orders retreated from more than a 16-1/2-year high.

Unfilled orders at factories dropped 0.6% in August after falling 0.7% in July. Inventories at factories were unchanged, while shipments of manufactured goods rose 0.3%.

The government also reported that orders for non-defense capital goods excluding aircraft, which are seen as a measure of business spending plans on equipment, rose 1.9% in August instead of increasing 1.8% as reported last month.

Shipments of core capital goods, which are used to calculate business equipment spending in the GDP report, increased 1.5% as previously reported.

Business investment tumbled at a record 26% annualized rate in the second quarter, with spending on equipment collapsing at an all-time pace of 35.9%. Investment in equipment has contracted for five straight quarters.