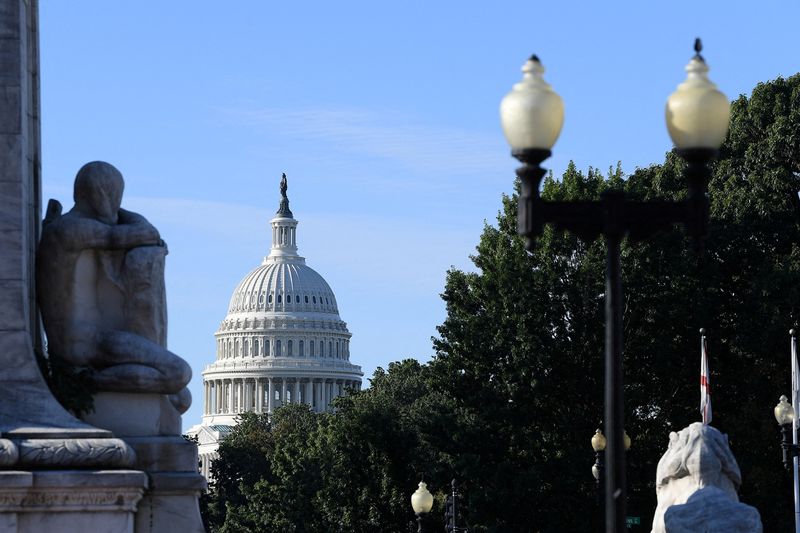 WASHINGTON (Reuters) -The U.S. House of Representatives on Thursday approved a bill that would sharply raise fees for antitrust reviews of the biggest mergers and strengthen state attorneys general in antitrust fights.

The bill, which passed the House 242-184, is one of several measures under consideration that would strengthen antitrust enforcers to rein in Big Tech.

One bill would bar Big Tech companies like Alphabet (NASDAQ:)’s Google and Amazon.com (NASDAQ:) from preferencing their own products on platforms while another addresses Apple (NASDAQ:)’s and Google’s clout in their app stores. Hopes are dimming that they will become law this year.

The legislation the House approved on Thursday would lower fees paid for antitrust reviews of smaller deals to as little as $30,000. Bigger deals would be more expensive. Deals worth $5 billion or more would pay $2.25 million for their review.

A previous version of the filing fee bill had included budget increases for the U.S. Justice Department’s Antitrust Division and the Federal Trade Commission, but those have been removed, according to a congressional aide.

The U.S. Senate has passed a bill giving state attorneys general the right to pick the venue for antitrust fights but has not passed a measure to update merger filing fees.

Texas, along with other states, brought an antitrust action against Alphabet Inc’s Google in 2020 that the search and advertising giant succeeded in moving from Texas to a New York court, angering conservatives.

In the Senate, the House bill has attracted public support from Republicans Mike Lee, Chuck Grassley and Tom Cotton as well as Democrats Amy Klobuchar and Dick Durbin. It is not immediately known when or if the Senate will vote on the bill.

Opposition to the bill included Representative Zoe Lofgren, a California Democrat, who joined with at least four other Democrats from the home state of Silicon Valley, urging that the bill be defeated because of the venue measure. California is home to some of the biggest tech companies, including Google and Meta Platforms’ Facebook (NASDAQ:).