U.S. Indices Look Fragile. Are They Preparing To Break? 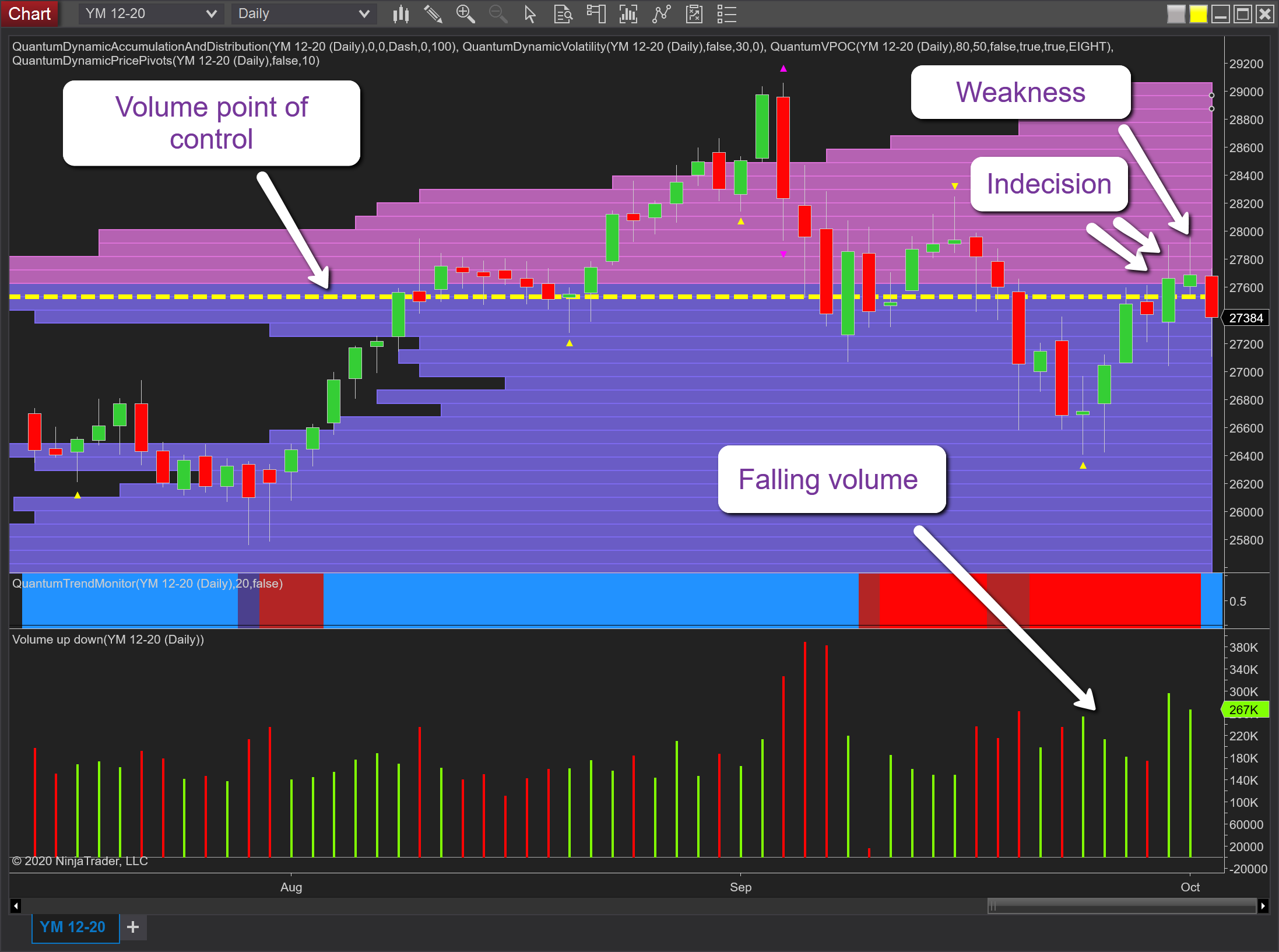 It’s been a real struggle for U.S. equity markets this week, and they were not helped today with the news the U.S. president and first lady have contracted COVID, sending markets into a flight of panic, and a classic example of a knee-jerk reaction to the news before a bounce higher. That said, the current technical picture for all three major indices remains fragile and none more so than for the YM Emini on the daily timeframe.

If we start with the prior week, which saw indices move firmly lower before recovering, but on falling volume which continued into the start of this week on Monday with a promising move higher but again on lower volume. Tuesday then followed with a Doji of indecision, with Wednesday promising much, but closing well off the highs on high volume and further indecision, which is no great surprise given we are trading at the volume point of control in this timeframe. The VPOC denotes the heaviest area of transacted volume on the chart and brings together the three elements of volume, price and time, and so gives a unique perspective on the balance of bullish and bearish sentiment. And when balanced here, we can expect congestion to follow, which is what we are seeing at present. Yesterday’s candle signalled weakness with an effort to rally once again failing on high volume and followed by today’s news which has seen the market sell-off and attempt to recover at the time of writing.

So what is the outlook for equities?

In the short term expect to see more of the same price action, and for the YM Emini centered around the 27,500/27,600 region, which denotes fair value. In the longer term, as we head towards the U.S. election, expect to see volatility increase dramatically and today’s news about the president also adds a further layer to the uncertainty surrounding the election. In the meantime, the is set to remain in the 27.50 region as traders and investors continue to buy volatility, and in such an environment we can expect equity markets to remain fragile and in danger of cracking under the pressure.