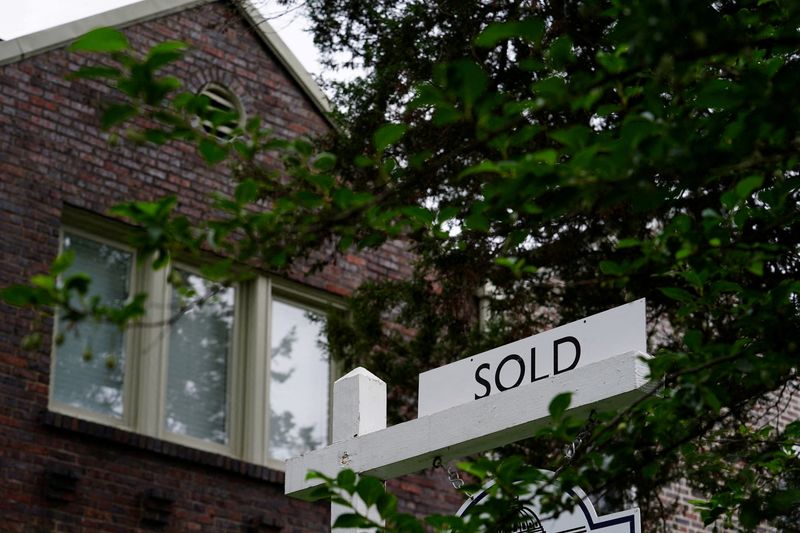 New home sales rebounded 7.5% to a seasonally adjusted annual rate of 632,000 units last month, the Commerce Department said on Wednesday. September’s sales pace was revised down to 588,000 units from the previously reported 603,000 units.

Economists polled by Reuters had forecast new home sales, which account for about 10% of U.S. home sales, would decline to a rate of 570,000 units in October. New home sales are volatile on a month-to-month basis. Sales dropped 5.8% on a year-on-year basis in October.

The housing market has been hammered by aggressive Federal Reserve interest rate hikes that are aimed at curbing high inflation by dampening demand in the economy. The 30-year fixed mortgage rate breached 7% in October for the first time since 2002, data from mortgage finance agency Freddie Mac (OTC:) showed. The rate averaged 6.61% in the latest week.

Sales of previously owned homes logged their ninth straight monthly decline in October, while single-family homebuilding and permits for future construction dropped to the lowest levels since May 2020, reports showed last week.

Completed houses accounted for 13% of the inventory, well below a long-term average of 27%. At October’s sales pace it would take 8.9 months to clear the supply of houses on the market, down from 9.4 months in September.