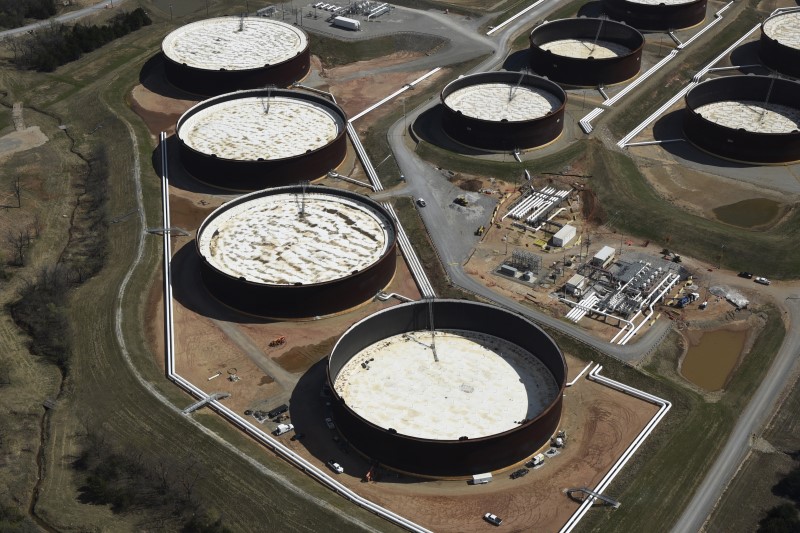 U.S. commercial (excluding those in the Strategic Petroleum Reserve) rose by 3.626 million barrels in the week to July 20 to 439.2 million barrels, compared with analysts’ expectations for a 3.102 million-barrel drawdown.

, which include diesel and heating oil, rose 0.833 million barrels in the week against expectations for a 0.543 million barrel drop, the EIA data showed.

rose 0.045 million barrels per day in the last week, EIA said. The weekly rose 0.2%, according to the report.

fell by 5.292 million barrels last week, the EIA said, compared with expectations for a 1.780 million-barrel draw.

Oil prices continued their decline for a fourth day on the EIA data, with U.S. crude prices falling below the key $70 per barrel support.

Investing.com analyst Barani Krishnan cautioned against reading too much into the EIA data.

“Before we run around like headless chickens clucking about the crude build, we should note that there was an epic drop of over half million barrels in crude exports last week,” Krishnan said. “Exports actually cratered below the long-breached 2 million barrels per day mark to 1.904 million from the previous week’s 2.489. That’s what gave you the crude build.”

But Krishnan also said there should not be any misplaced euphoria over the outsized gasoline drawdown. “We are already heading for the waning period of summer gasoline demand. Between last week and this, lots of kids in the U.S. are out for their last weekend hurrah before heading back to school and college. This huge draw could be a one-off thing.”

He said a better indicator of seasonal demand now would be distillates, which showed an unexpected build. “That tells you that trucking demand may have passed the best of the summer.”