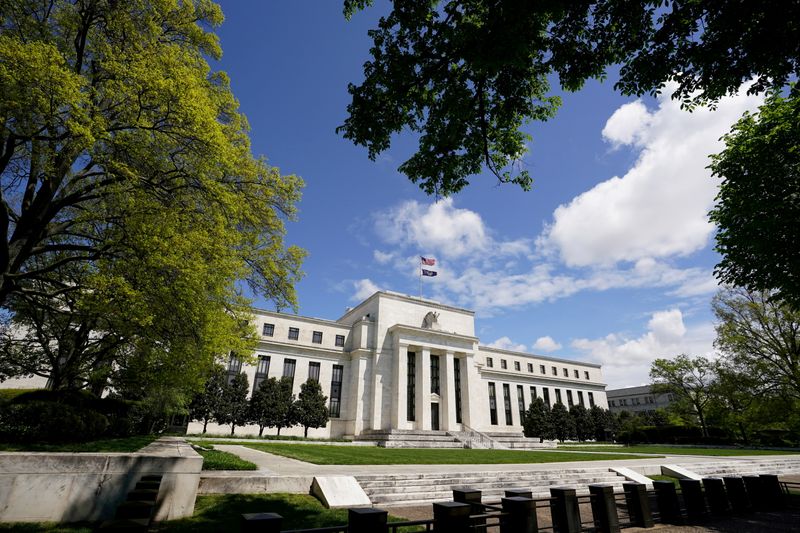 © Reuters. FILE PHOTO: The Federal Reserve building is set against a blue sky in Washington, U.S., May 1, 2020. REUTERS/Kevin Lamarque

The overnight repo rate measures the cost of borrowing short-term cash using Treasuries or other debt securities as collateral.

Analysts expect repo rates to remain steady this week at 0.05% to 0.06% after a blip up on Monday.

One of many overnight repo rates, the GC rate refers to the level or figure corresponding to a basket of securities that trade normally. GC securities can be substituted for one another without changing the repo rate.

“No doubt the settlement of the 2-year, 5-year, and 7-year added to the pressure,” said Scott Skyrm, executive vice president in fixed income and repo at Curvature Securities in New York.

Last week, the U.S. Treasury sold $183 billion in notes of those maturities.

The Fed launched its reverse repo program in 2013 to mop up excess cash and create a strict floor under market rates, particularly its policy rate. Eligible counterparties lend cash to the Fed in return for Treasury collateral on an overnight basis.