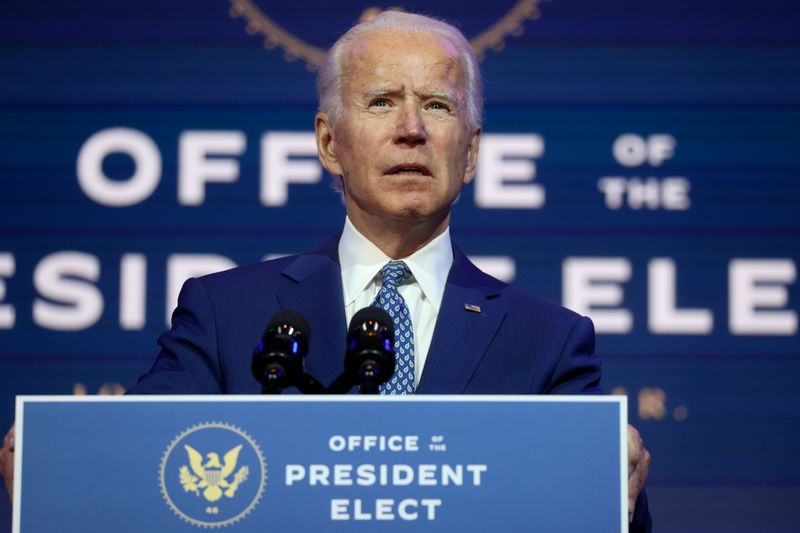 By Stephanie Kelly and Laura Sanicola

Biden, elected president last week, defeating Republican Donald Trump, has pledged to move the United States to a zero-carbon emissions scheme by 2050. Under a divided Congress, however, ambitious plans to tackle rising emissions may be put on ice.

Renewable fuels, however, may be different: their development is supported by some in both the oil and green energy industries.

“I don’t see any reason why a divided Congress would have a problem encouraging renewable fuels, as it affects key states that Democrats and Republicans are motivated in,” said Bill Barnes, director of energy consultancy Pisgah Partners.

Legislators from Farm Belt states such as Minnesota, Iowa and Illinois could see the market as a way to help boost demand for their constituents’ products.

It is unclear whether renewable fuels legislation could pass a Republican-led Senate. Senators representing oil states would be less likely to push for legislation that transitions away from the oil industry.

The U.S. oil market has been hit hard by the coronavirus pandemic. Demand for motor gasoline has dropped 13% so far in 2020, forcing several refineries to close or convert operations to produce more biodiesel.

Many refiners announced plans this year to convert facilities for renewable diesel production, supported by state incentives. In California, refiners can generate tradable credits by producing renewable diesel because it has a lower carbon intensity than fossil fuels, and sell them on to other fuel producers.

Oregon has a similar program, and several other U.S. states are also developing standards for renewable diesel.

The oil industry was braced for more federal incentives for renewables if Biden won the presidency.

In August, Biden stated that “a Biden-Harris Administration will promote and advance renewable energy, ethanol, and other biofuels to help rural America and our nation’s farmers, and will honor the critical role the renewable fuel industry plays in supporting the rural economy and the leadership role American agriculture will play in our fight against climate change.”

“If you have something optically ESG-friendly, that probably carries more weight today than it used to,” said Stewart Glickman, energy equity analyst at CFRA Research.