U.S. returns to Bitfinex exchange fraction of bitcoin stolen in 2016 heist By Reuters 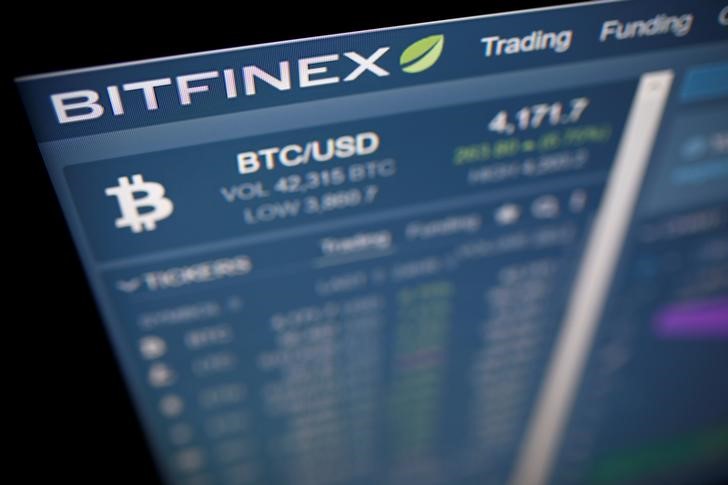 LONDON (Reuters) – The U.S. government has recovered stolen bitcoin worth around $110,000 and returned it to cryptocurrency exchange Bitfinex, the company said on Monday, a fraction of the total stolen but a rare example of law enforcement successfully recovering stolen cryptocurrency.

Few stolen bitcoin are recovered, with burned investors often at the mercy of exchanges as to whether they will receive any compensation.

U.S. federal law enforcement agencies have returned 27.7 bitcoin stolen in August 2016, Bitfinex said in a statement. Hackers made off with almost 120,000 bitcoin, worth about $72 million at the time, in one of the biggest ever thefts from a cryptocurrency exchange.

British Virgin Islands-registered Bitfinex, by some rankings the second-biggest exchange in the world by trading volume, said it will convert the returned bitcoin to dollars and distribute the cash to around 5,000 customers affected by the heist.

Along with major thefts from Tokyo-based Mt.Gox, which led to its collapse in 2014, and Tokyo’s Coincheck in 2017, the Bitfinex hack added to investor worries over the security of bitcoin and other cryptocurrencies, which remain largely unregulated across the world.

The response has varied from regulators in countries across the globe, many concerned about the volatility and potential for criminals to use cryptocurrencies for money laundering and other illicit activities.

Some, like Japan, have tightened rules on exchanges, while others including Britain are still considering how to tame the unruly sector.

Bitfinex told customers after the 2016 theft to accept a “haircut” of over a third of their assets held on the exchange, compensating them with tokens of credit.

The exchange let customers redeem those tokens for cash or equity in iFinex Inc, its parent company, in early 2017. To customers who opted for equity, it gave further tokens giving the right to receive any funds recovered from the hack.

Hoegner, the general counsel, said Bitfinex would continue to work with law enforcement agencies to recover the remaining bitcoin.

Bitfinex, whose staff are mostly in Europe and Asia, shares its management with Tether, a company that issues a “stablecoin” cryptocurrency that is pegged to the U.S. dollar.