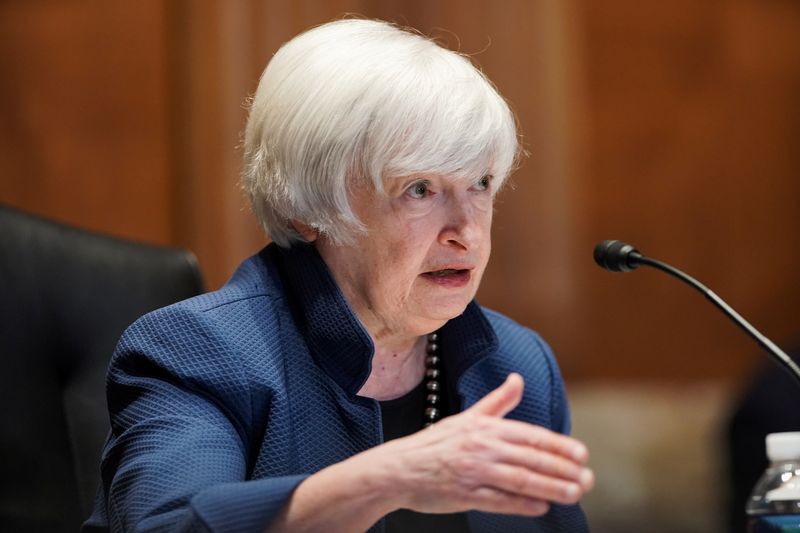 In a letter to House of Representatives Speaker Nancy Pelosi and other congressional leaders, Yellen said she was suspending investments in the Civil Service Retirement and Disability Fund and the Postal Service Retiree Health Benefits Fund that are not immediately required to pay beneficiaries.

A two-year suspension of the federal debt limit expired on Saturday, reinstating the cap at the current debt level of about $28.5 trillion.

The Congressional Budget Office has estimated that the extraordinary measures could claw back more than $340 billion in borrowing capacity under the limit. CBO said these actions, combined with the Treasury’s current cash balance of about $459 billion, would allow the government to avoid a payment default into October or November as a partisan fight unfolds over a new suspension or increase in the debt cap.

Yellen warned Congress in late July that a critical date could be Oct. 1, when the government faces $150 billion in mandatory payments as the 2022 fiscal year starts.

Yellen’s letter on Monday offered no new timetable for how long the extraordinary measures, which also include suspending daily reinvestments in the federal retirement “G-Fund,” would last.

“I respectfully urge Congress to protect the full faith and credit of the United States by acting as soon as possible,” Yellen wrote.

Treasury is required by law to make the funds whole once Congress approves a new borrowing limit.