U.S. Treasury yields are plumbing depths we thought we had left behind as the Delta variant of the COVID-19 virus raises fears of a new wave of infections. In addition, there’s a growing suspicion that labor markets won’t be able to keep up with the demands of a rapidly recovering economy.

Yield on the benchmark Treasury note dipped to nearly 1.15% at one point on Monday as investors bought risk-free U.S. government paper despite indications might go higher and last longer than optimists were predicting. 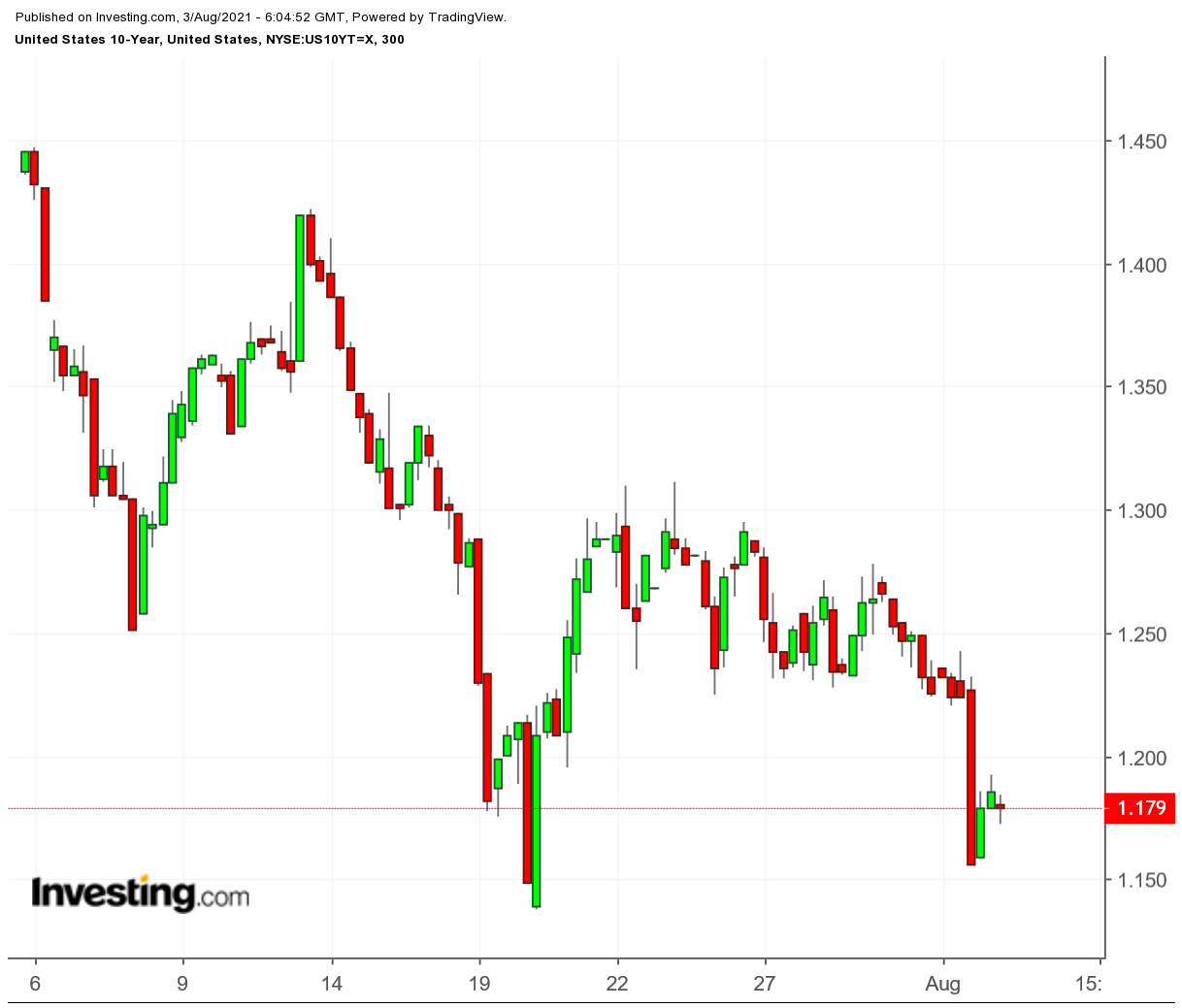 The yield in late trading was nearly 1.18%, still a decline of 6 basis points on the day.

Analysts made a big deal out of the  index—the inflation measure Federal Reserve policymakers watch most closely—coming in Friday at 3.5% on the 12 months to June instead of the 3.6% anticipated by the consensus forecast, claiming it indicated inflation has peaked.

The fact that it marked an increase from May’s 3.4% and was the highest increase since July 1991 was mentioned less often. The index, which includes volatile food and energy prices, was unchanged at 4% on the year.

In any case, the pace of inflation increases has slowed, but the most logical explanation for that decline is that growth is lagging expectations because of . That doesn’t mean increasing inflation is temporary.

More economists are coming around to the view that the labor shortages won’t end in September when emergency unemployment benefits expire and children go back to school. Rather, there seems to be a fundamental mismatch of skills and job openings, while many are to go back to work because of coronavirus fears, forcing employers to increase wages.

Reports are starting to appear that higher wages to lure people back to work are leading those already working to seek a raise. Retaining workers is becoming as important as recruiting them. This can lead to a wage-price spiral, fueled by excessive fiscal and monetary stimulus, like we haven’t seen in a long time, despite the efforts to downplay similarities between the 1970s and our current situation.

Yield on the Treasury bond also fell on Monday, declining to nearly 1.830% before settling at about 1.845%, a decline of more than 4 bps on the day.

In Europe, German bond yields tracked the declines in Treasuries. 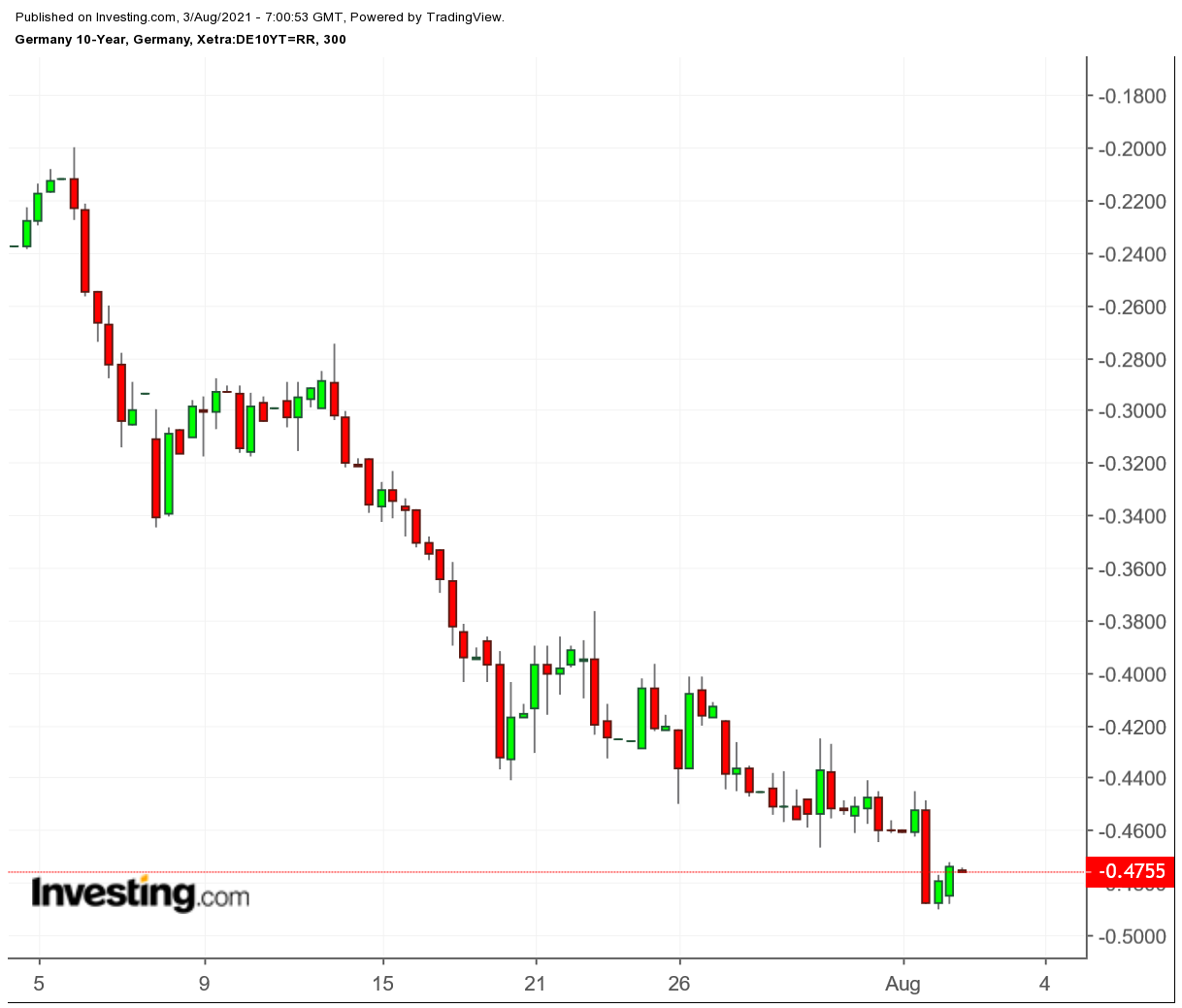 Yield on the benchmark bond declined about 3 bps to minus 0.48%, while the bond yield dipped below 0%, moving the entire German yield curve into negative territory for the first time in six months.

The European Central Bank said on Monday that it had purchased more government bonds in the past two months than the four top countries—Italy, Germany, France, and Spain—had sold. The eurozone central bank bought bonds from those four countries for €134.7 billion, while the net issuance was an estimated €89 billion.

Investors expect the ECB to continue its bond purchases to keep borrowing costs low as eurozone economies recover from the pandemic.