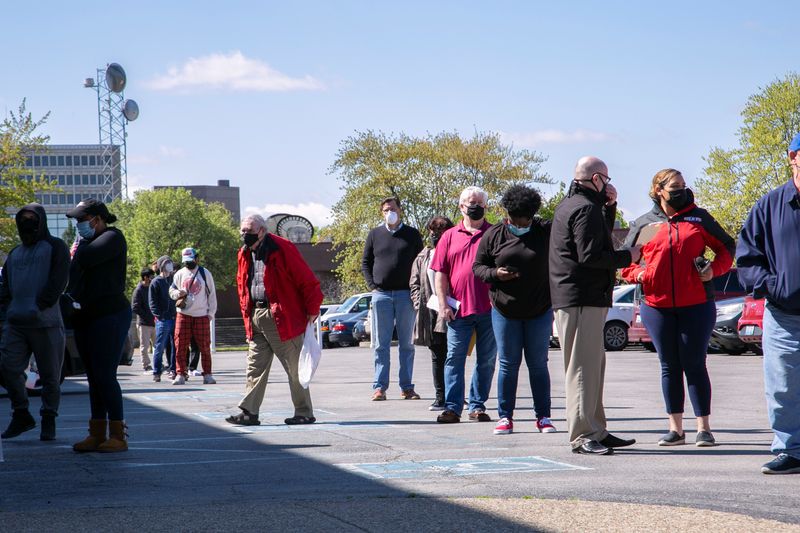 WASHINGTON (Reuters) -The number of Americans filing new claims for unemployment benefits increased to a three-month high last week amid rising layoffs in the technology sector, but that likely does not suggest a material shift in labor market conditions, which remain tight.

Weekly jobless claims data tend to be volatile around the start of the holiday season. Despite the increase in filing reported by the Labor Department on Wednesday, claims remained well below the threshold that economist said would raise red flags about the labor market. The jobs market has remained resilient in the face of the Federal Reserve’s most aggressive interest rate-hiking cycle since the 1980s aimed at curbing high inflation by dampening demand in the economy.

“Layoff announcements have picked up although there is no sign yet of broad-based redundancies,” said Rubeela Farooqi, chief U.S. economist at High Frequency Economics in White Plains, New York.

Initial claims for state unemployment benefits rose 17,000 to a seasonally adjusted 240,000 for the week ended Nov. 19. Data for the prior week was revised to show 1,000 more applications filed than previously reported. Economists say claims would need to break above 270,000 to raise concerns about the labor market.

“Any sign of a sustained increase in claims that approaches the break-even level, or that consistent with no monthly job growth, would be cause for concern,” said Dante DeAntonio, an economist at Moody’s (NYSE:) Analytics in West Chester, Pennsylvania. “There is still some room for the labor market to soften without raising a red flag.”

Economists polled by Reuters had forecast 225,000 claims for the latest week. The claims data was released a day early because of the Thanksgiving Day holiday on Thursday.

There has been an increase in layoffs in the technology sector, with Twitter, Amazon (NASDAQ:) and Meta, the parent of Facebook (NASDAQ:), announcing thousands of job cuts this month.

Unadjusted claims shot up 47,909 to 248,185 last week. They were boosted by a 5,024 jump in California, likely reflecting the tech sector job cuts. There were also big increases in filings in Georgia, Illinois, Minnesota, Iowa, New York, Ohio and Michigan.

Economists, however, did not expect the technology sector layoffs would be a major drag on the labor market and the overall economy, noting that businesses outside the technology and housing sectors were hoarding workers after difficulties finding labor in the aftermath of the COVID-19 pandemic.

“Layoff announcements need to be taken with a grain of salt as they’re not set in stone and businesses can adjust them,” said Ryan Sweet, chief U.S. economist at Oxford Economics in West Chester, Pennsylvania.

“Still, if the largest layoffs announced so far in November were to occur this month, it would raise the unrounded unemployment rate from 3.69% to 3.80%, all else being equal.”

With 1.9 job openings for every unemployed person in September, some of the workers being laid off could find new employment quickly.

The claims report also showed the number of people receiving benefits after an initial week of aid increased 48,000 to 1.551 million in the week ending Nov. 12.

A separate report from the Commerce Department on Wednesday showed new orders for American-manufactured capital goods rebounded in October while shipments increased solidly, suggesting business spending on equipment started the fourth quarter on a strong footing.

Shipments of core capital goods jumped 1.3% after dipping 0.1% in September. Core capital goods shipments are used to calculate equipment spending in the gross domestic product measurement. Business spending on equipment rebounded sharply in the third quarter after contracting in the second quarter.

Orders for items ranging from toasters to aircraft that are meant to last three years or more accelerated 1.0% in October after rising 0.3% in September. They were boosted by a 2.1% increase in orders for transportation equipment, which followed a 2.5% surge in September.

“The growth trajectory for the fourth quarter is slowing but not contracting,” said Jeffrey Roach, chief economist at LPL Financial (NASDAQ:) in Charlotte, North Carolina. “However, the slowdown in global economic activity increases the risk of recession in 2023 but as of today, the economy is not in recession.”