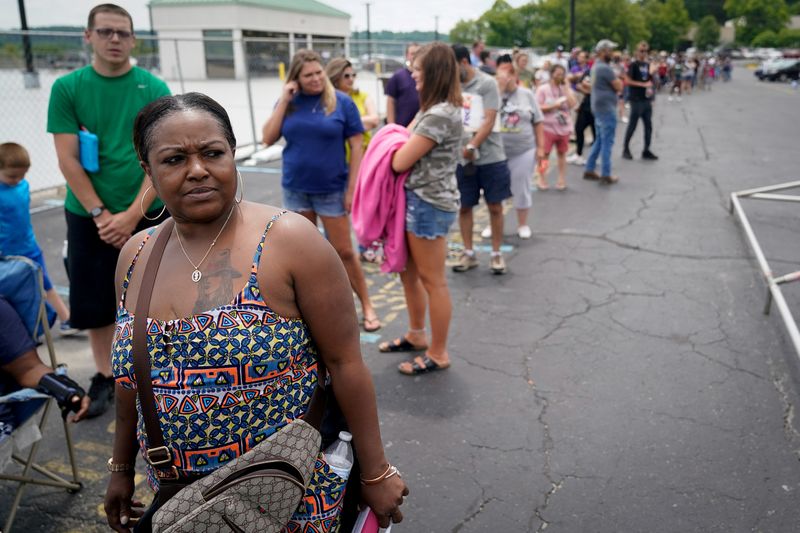 WASHINGTON (Reuters) – The number of Americans filing new claims for jobless benefits drifted lower last week, though remaining at recession levels, underscoring the need for another government rescue package for businesses and the unemployed.

Initial claims for state unemployment benefits totaled a seasonally adjusted 837,000 for the week ended Sept. 26, compared to 873,000 in the prior week, the Labor Department said on Thursday. Economists polled by Reuters had forecast 850,000 applications in the latest week.

Claims have stalled at higher levels after dropping below 1 million in August as the government changed the way it strips seasonal fluctuations from the data. They are above their 665,000 peak during the 2007-09 Great Recession, though filings have dropped from a record 6.867 million at the end of March.

Labor market gains from the reopening of businesses are fading and economists are predicting a slowdown in hiring through the rest of 2020 and into 2021, without another fiscal package. House of Representative Speaker Nancy Pelosi, a Democrat, and Treasury Secretary Steven Mnuchin met on Wednesday in a bid to broker a bipartisan deal on stalled negotiations.

New coronavirus cases are rising, with a surge expected in the fall, which could lead to some restrictions being imposed on businesses in the services sector. In addition, political uncertainty is rising and could extend beyond the Nov. 3 presidential election, and make businesses reluctant to hire.

Several months after operations resumed, demand has remained poor, especially in the services sector, leading some establishments to permanently shut down and keeping job cuts elevated. Walt Disney Co. (N:) said on Tuesday it would lay off roughly 28,000 employees in its theme parks division.

The government is scheduled to publish its closely followed employment report on Friday. According to a Reuters survey of economists nonfarm payrolls likely increased by 850,000 jobs in September after rising 1.371 million in August. That would leave employment 10.7 million below its level in February.

Employment growth peaked in June when payrolls jumped by a record 4.781 million jobs.

A separate report on Thursday from the Commerce Department showed consumer spending rose 1.0% in August after increasing 1.5% in July. Economists had forecast consumer spending, which accounts for more than two-thirds of U.S. economic activity, advancing 0.8% in August.

The economy is on track for record growth in the third quarter after a historic slump in the April-June period. Consumer spending has in part been anchored by a $600 unemployment subsidy, which ended in July and was replaced by a $300 supplement.

But funding for the program is running out, shifting the economy into low-growth gear heading into the fourth quarter.

Third-quarter GDP growth estimates are topping a 32% annualized rate. The economy contracted at a 31.4% pace in the second quarter, the deepest decline since the government started keeping records in 1947. Growth estimates for the fourth quarter have been cut to around a 2.5% rate from above a 10% pace.