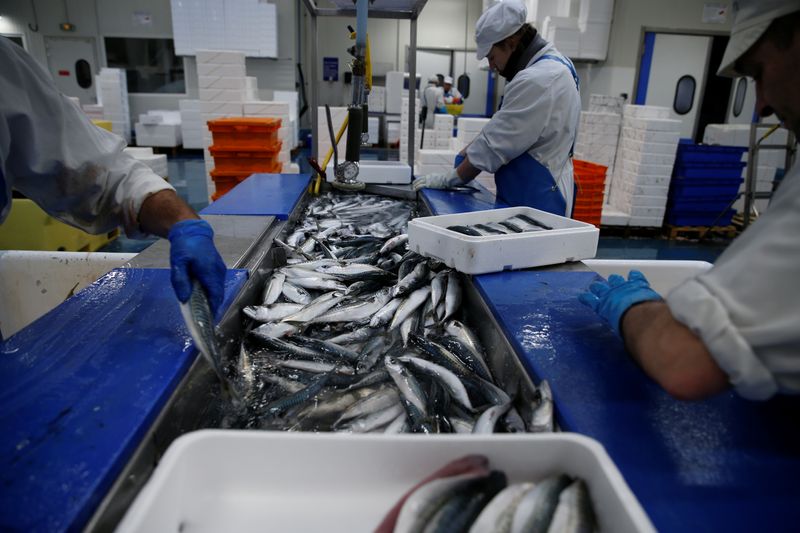 © Reuters. French workers fillet mackerels in a fish processing plant in the port of Boulogne-sur-Mer

LONDON (Reuters) – British fisheries lobby groups have urged Prime Minister Boris Johnson to “hold firm and bring back a deal” that meets their demands in trade talks with the European Union, hoping to focus minds as negotiations end their final phase.

Fisheries, a sector laden with symbolism for Brexit supporters but which accounts for 0.1% of the economy, has become one of the most persistent sticking points in the trade talks, which are running out of time to find a breakthrough.

The lobby groups, the National Federation of Fishermen’s Organisations and the Scottish Fishermen’s Federation, warned Johnson in a letter the “wrong deal on fishing would constitute failure to deliver on those promises made to the industry”.

The groups are demanding annual negotiations – a demand the EU has resisted – and a “much fairer share of the resources in our waters”. The EU is demanding a longer-term perspective for its fishing industry, with France very reluctant to change.

While the government has repeatedly said it will win a good deal for the industry, many fear they may be sacrificed if the government decides to soften some of its demands on fisheries to try to wrangle concessions in talks on a trade deal.