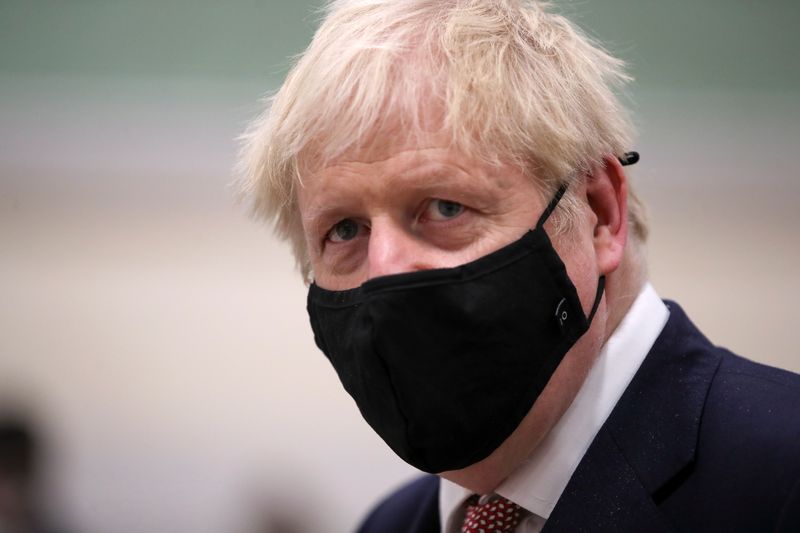 LONDON (Reuters) – British Prime Minister Boris Johnson said on Sunday a trade deal with the European Union was “there to be done”, suggesting his view that the agreement’s broad outline was already “pretty clear” was shared in Brussels.

After months of talks on a deal to protect trade between the two neighbours from possible quotas and tariffs, the two sides have yet to close significant differences on at least two main sticking points.

Any deal should be agreed by mid-November to allow for ratification, with some businesses hoping that the time pressure and a COVID-19 crisis spiralling across much of Europe can focus minds to avoid disruption at the end of the year.

The chief negotiators, the EU’s Michel Barnier and Britain’s David Frost, will resume talks in London on Monday to “redouble efforts to reach a deal”, Johnson’s office has said.

“I’ve always been a great enthusiast for a trade deal with our European friends and partners,” Johnson told reporters.

“I think it’s there to be done, the broad outlines are pretty clear. We just need to get on and do it if we can. And I said that to (European Commission President) Ursula Von der Leyen just yesterday. And she totally agrees with me.”

Earlier, foreign minister Dominic Raab told the BBC’s Andrew Marr Show that there was “a good chance of a deal if we get the flexibility from the EU on fisheries and a level playing field”.

Disagreements on guarantees for fair competition, especially over state aid rules, and fisheries, a sector laden with symbolism for Brexit supporters in Britain, have dogged the talks since Britain left the EU in January.

Both sides have called on each other to compromise to unlock an agreement in increasingly testy exchanges that have underlined a lack of trust, especially after Britain moved to undermine parts of an earlier divorce deal.

Britain wants a separate trade deal with the United States, but some say Johnson might struggle to forge a close bond with President-elect Joe Biden, who has in the past cast doubt over Brexit and has never met the prime minister.