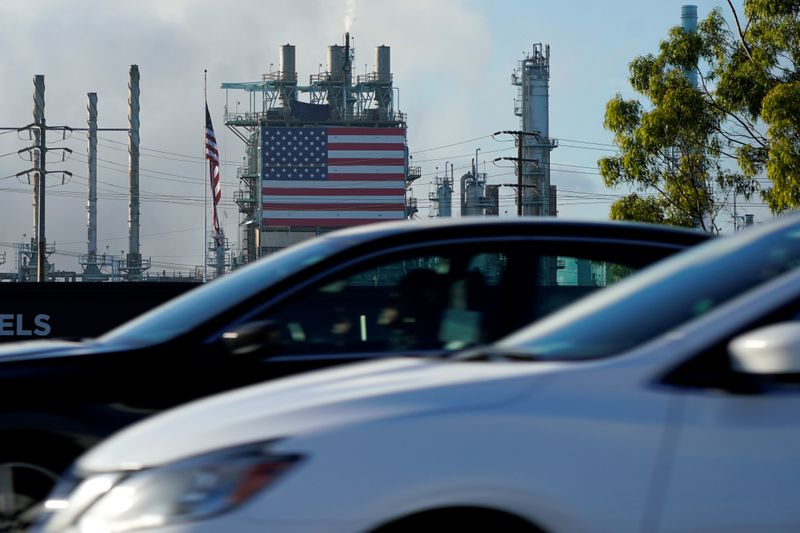 NEW YORK (Reuters) – Big questions remain over how a Joe Biden administration might administer the nation’s biofuel law, the U.S. Renewable Fuel Standard (RFS), and the stakes are high for both the farming and oil refining industries.

Here are the main issues:

Under the RFS, refiners are required to blend billions of gallons of ethanol and other biofuels into their fuel each year or buy credits from those who do.

Farmers support the regulation because it has created a huge market for corn, but the oil industry opposes it because it represents increased regulatory compliance costs for refiners and competition for fossil fuels.

After the coronavirus outbreak, U.S. fuel demand tanked and has since struggled to recover, leading the refining industry and its political backers to ask that the RFS requirements for 2020 be relaxed.

If granted, that would allow refiners to hand in credits that account for less than the total 2020 biofuel volume mandate when they come due next spring.

Biden has not said how his administration would handle such requests, which would save the refining industry money but infuriate the corn and ethanol industries that are also being hit hard by the economic impacts of the coronavirus.

Renewable fuel credits are trading at the highest since early 2018.

The current administration has not yet set volumes for next year’s biofuel blending mandates under the RFS, despite a looming Nov. 30 deadline, leaving refiners and biofuel producers alike uncertain about what to expect for 2021.

In May, Reuters reported that the Environmental Protection Agency (EPA) proposed lifting the amount of biofuels that refiners must blend into their fuel next year to 20.17 billion gallons (76.35 billion liters), from 20.09 billion this year, citing two sources familiar with the details of an agency draft proposal.

However, by July, as the pandemic firmed its grip on the nation, that proposal was put on hold indefinitely, two sources told Reuters at the time.

A group of Republican senators in October asked the EPA to consider a general waiver that would prevent an increase in the 2021 mandate, again citing the pandemic’s negative effect on refiners.

Biden has not said how he would deal with the 2021 mandate.

No issue has prompted more controversy this year around the RFS than the so-called small refinery exemptions, or SREs.

The RFS allows the EPA to grant small refiners waivers from blending obligations if they can prove the requirements would cause them financial harm, but a court has cast doubts over the future of the waiver program.

Donald Trump’s administration has about quadrupled the number of waivers granted, igniting fury from farmers and biofuel producers who say the exemptions hurt demand for their products. The oil industry refutes that claim and says exemptions help refiners stay afloat.

In January, an appeals court handling a case initiated by the biofuel industry, ruled that waivers granted to small refineries after 2010 should only be approved as extensions. Most recipients of waivers in recent years have not continuously received them year after year.

Refiners have asked the Supreme Court to review the Tenth Circuit Court of Appeals’ January decision.

An EPA in either administration could wait until after the Court decides whether to take up the case before choosing how to handle pending or future waiver requests, as well as waivers issued inappropriately in the past.

Biden has not said how he might reform the waiver program.

The next administration will also have a heavy hand in deciding the future of the RFS.

Congress gave statutory volume targets through compliance year 2022, so the next administration’s EPA will have more authority after that to set requirements.

After 2022, the EPA should determine volumes based on a review of the implementation of the program up until that time, according to a 2010 final rule on the RFS.