has found strong resistance at the 200-day simple moving average (SMA) and is reversing slightly to the downside today.

The RSI is confirming the recent negative move as it is pointing south in the positive territory; however, the MACD is stretching its bullish momentum above its trigger and zero lines.

In the case that the 200-day SMA acts as a significant turning point, it could send the price lower again towards the 1.2420 support, which coincides with the 20-day SMA. Even lower, the Ichimoku cloud and the 40-day SMA around 1.2275 could attract attention before slipping towards the 1.2200 psychological number. Underneath these obstacles, the six-year low of 1.2012 may pause the long-term bearish tendency.

In conclusion, in the short-term, USDCAD has been in a bullish mode after the rebound off 1.2012 and any climbs above the key line of the 200-day SMA may open the way for more positive actions in the longer timeframe as well. 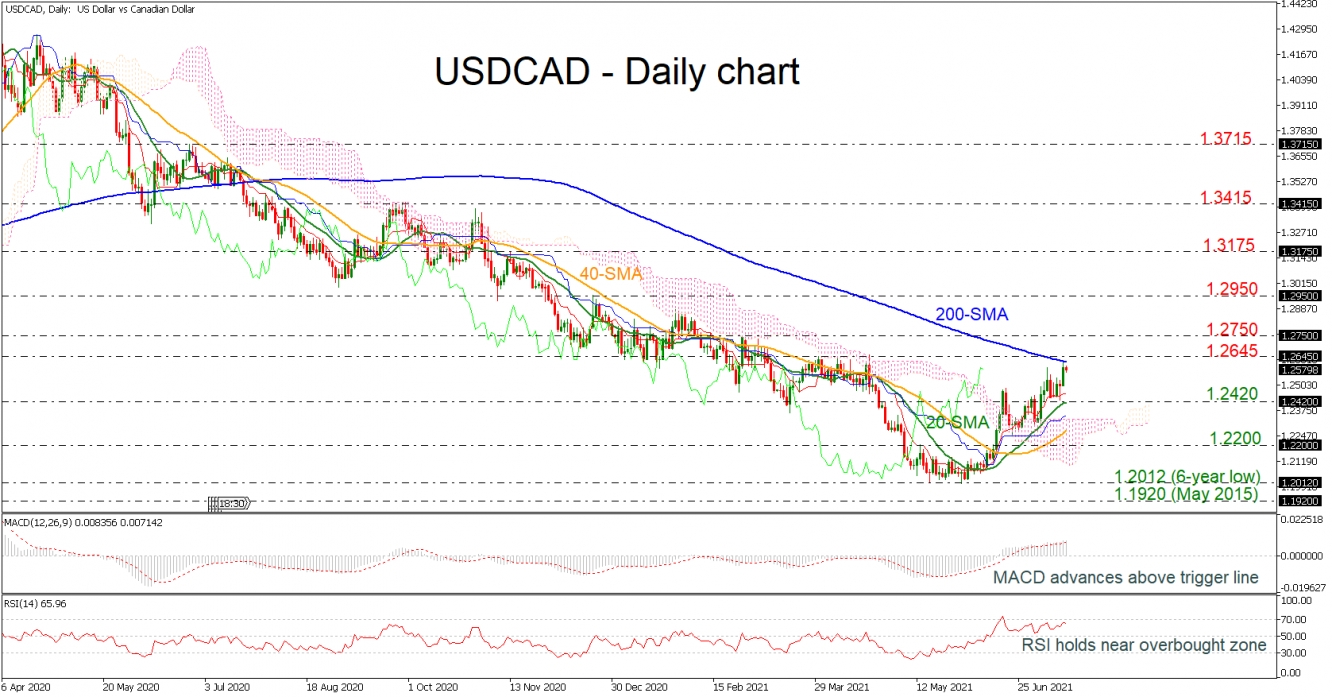