Following in the footsteps of the Federal Reserve Bank, Banxico unanimously raised rates by 75 basis point, delivering an expected third consecutive hike of this magnitude. With this move, the overnight interbank rate rises to 9.25%, surpassing the previous month’s peak of 8.50% and reaching its highest level since 2008, when the institution began conducting monetary policy using an interest rate goal instead of targeting daily account balances held by banks at the Central Institution.

For context, Banxico has increased borrowing costs since June 2021 to deliver a total of 525 bps of tightening in an effort to control rampant inflationary pressures in both goods and services. Core CPI rose 8.05% y-o-y in August, up from 7.65% in July. Meanwhile, Headline CPI climbed to 8.7% from 8.15% in the same period, nearly three times above the mid-point target. These levels mark the fastest pace of price increases in 21 years, despite government measures, such as energy subsidies, food price controls and the temporary cut in import tariffs, to contain additional gains.

On the same note, in today’s inflation expectations report, the Central Bank modified its CPI estimates. Banxico now expects that the CPI will reach the mid inflation target level of 3.00% (+/- one percentage point) in the third quarter of 2024, following another upward revision of the inflation forecast for the second half of 2022 and the entire year of 2023.

Likewise, in today’s statement, the Bank says that the balance of risks for the trajectory of inflation “remains biased significantly to the upside” and adds the “Board will assess the magnitude of upward adjustments in the reference rate for its next policy decisions based on the prevailing conditions”.

By removing forward guidance since the July meeting, Mexico’s central bank left the door open to slow the pace of the hiking cycle once inflation is on track to converge to the target level and/or when the FOMC’s stance becomes more certain.

Despite the dollar’s recent strength versus major currencies, the MXN has remained resilient. Rising interest rates and a similar pace of FOMC rate hikes which prevents sudden capital outflows, have limited the local currency depreciation and further price pressures. In addition, a macroeconomic framework that is more stable than that of other emerging markets has provided additional support.

Today, immediately before Banxico’s monetary policy decision, the USD/MXN was hanging around the 20.15 mark. The currency pair’s reaction to the announcement was muted, as the Central Bank’s decision had already been fully priced in. I expect the MXN to remain well supported in the short term unless Banxico “de-couples” from the Fed. In the medium to long term, nevertheless, the MXN could weaken amid mounting growth risks. 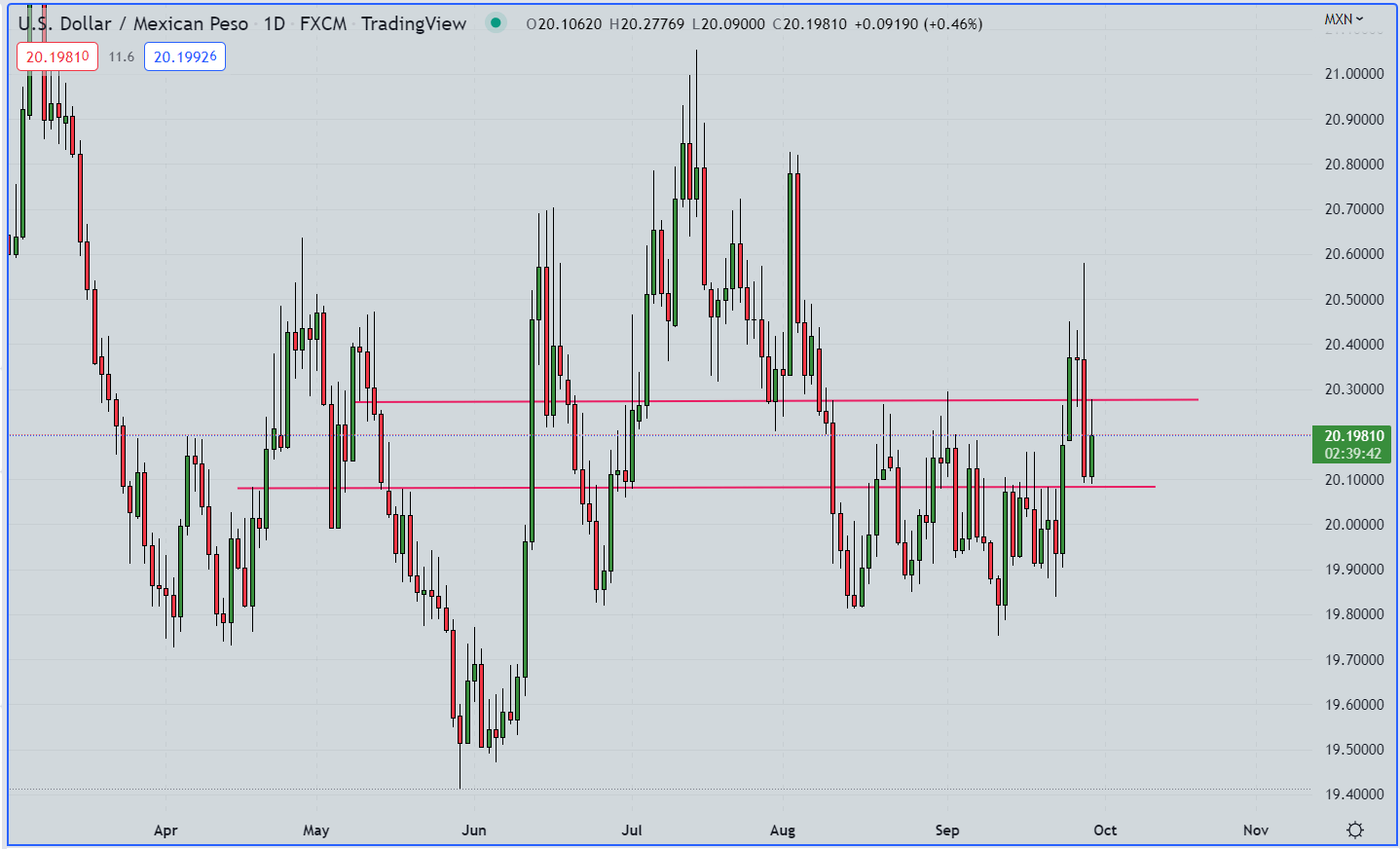 Receive timely and compelling market commentary from the DailyFX team

DailyFXprovides forex news and technical analysis on the trends that influence the global currency markets.