USD/TRY Slowing Down For A Pullback

made a five-wave drop into wave ”A” from the highs, which indicates a bearish reversal to be underway. That said, we know that nothing moves in straight lines, meaning we need to be aware of a potential ”a-b-c” corrective pullback into a wave ”B”, which can later retest the 8.0 psychological resistance level before we may see another decline for a wave ”C”. 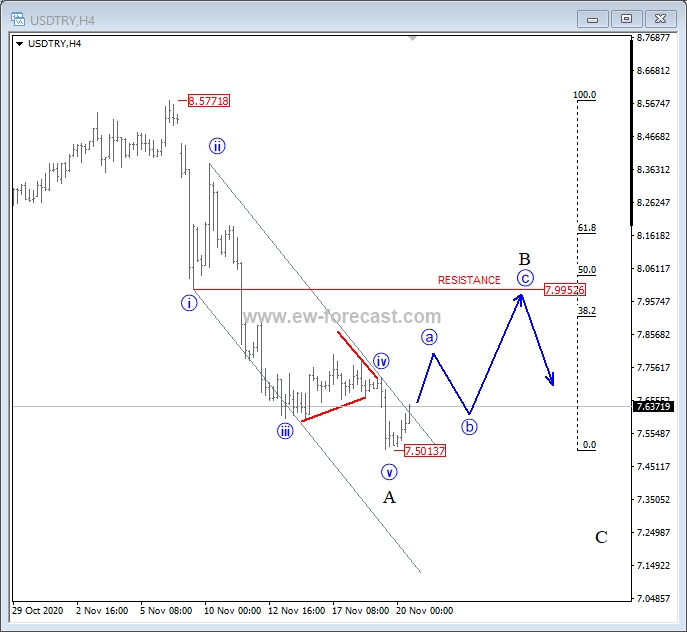 On the intra-day time frame of the USD/TRY we see price already recovering from the 7.50 level, and also breaking above the upper corrective channel line, which is first evidence that blue wave ”a” of a three-wave correction is underway. That said, wave ”a” is a five legged move, an impulse, so watch out for 7.7/7.8 region, where wave ”a” can end, and a blue wave ”b” can start to form. 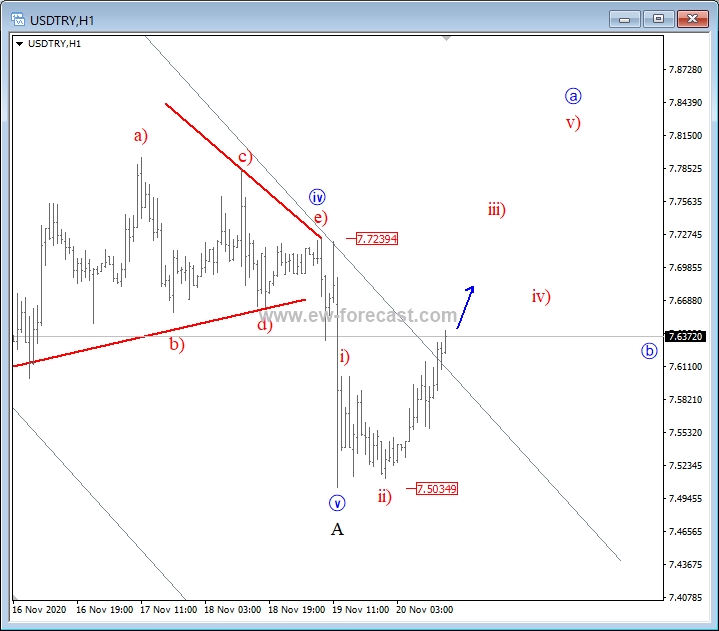