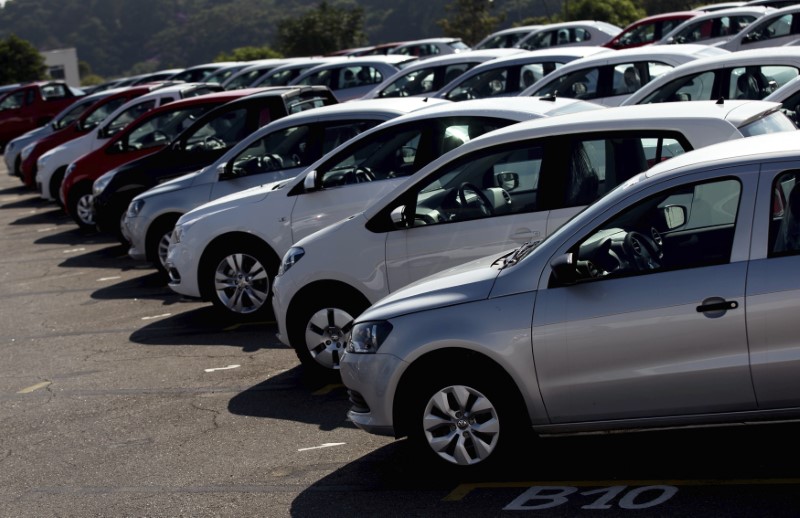 Investing.com — We sell clothes online on consignment, so why not cars? Enter CarLotz, among the newest disruptors in the digital used car world, which has seen demand boom in times of Covid-19.

The fast-growing, already nearly trillion-dollar market for used cars is a fragmented one, with thousands of dealers of all sizes, and the top 100 representing just 6% of the total. Richmond, Virginia-based CarLotz is seeing a wealth of opportunity to fast-forward the industry into the digital age — though it is also betting on physical locations. It is poised to go public via a reverse merger with a special purpose acquisition company to fund its ambitious growth plans.

CarLotz says it’s unique in selling vehicles on consignment online from individuals who might previously have used Craigslist, corporations and auctions.

“We’re the only guys who are disrupting the whole supply chain,” said Chief Executive Officer Michael Bor in a video interview. Expectations for future performance are high, and CarLotz is not alone in its mission.

While that may seem aggressive, rival Carvana’s first reported revenue after going public in 2017 totaled $159 million. In its most recent quarterly report, Carvana Co (NYSE:) reported sales of $1.54 billion.

“It does sound like a big dollar amount but it’s consistent with what we’re seeing is possible in this sector,” Bor said.

CarLotz’s reverse merger with Acamar Partners’s Acamar Partners Acquisition Corp Class A (NASDAQ:), and a private investment in public equity, or PIPE, for a total of $436 million, minus expenses, will put $321 million on its balance sheet. That will help CarLotz expand from eight locations in five states — it intends to open three to four new locations each quarter for the next several years.

The industry’s jump in sales will have to overcome pressure on individual car prices. Rival Vroom (NASDAQ:) saw increased demand in the third quarter, with ecommerce unit sales up 59% and overall unit sales rising 15%. The company reported results earlier this week. Despite the good news, Vroom shares tumbled 13% because the average online selling price of its vehicles tumbled in the third quarter to $24,248 from $31,370.

CarLotz nets a better price for its sellers with professional merchandizing, Bor said. In fact, CarLotz’s corporate vehicle sourcing partners earn on average about $1,000 more through CarLotz than by selling at wholesale, according to a company presentation.

The used car market has definite potential and CarLotz could be ready for take off. Looking at its competitors, however, shows these stories have very different endings. Carvana saw shares more than double in 2020. Vroom, however, which went public in June, saw a spike in shares in September, only to tumble more than 50% since then.

Despite a growing market, it’s not necessarily an easy one.