The looked like it was going to break out on Friday and take out the key swing high from September. It wasn’t able to do so then. It may do so Monday, but until then we have to wait-and-see. Volume action is healthy with increase buying and net bullish technicals. 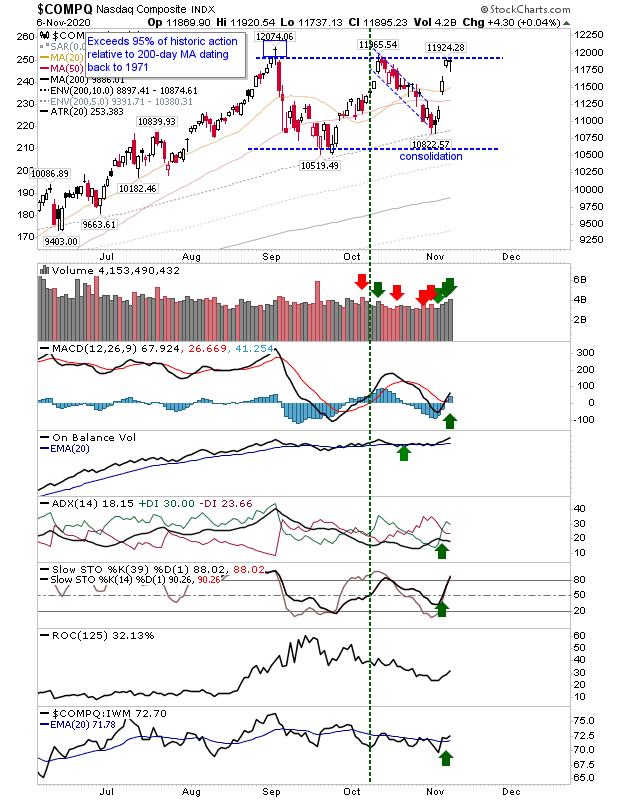 Eyes are on the (via ) as it had managed to break out last Thursday. Sellers took over things on Friday, but not enough to reverse the breakout. In the absence of the breakout in the NASDAQ we have to look to the Russell 2000 to hold on to its gain. While technicals are net positive we do have a relative performance loss for Small Caps against Tech and Large Cap stocks. 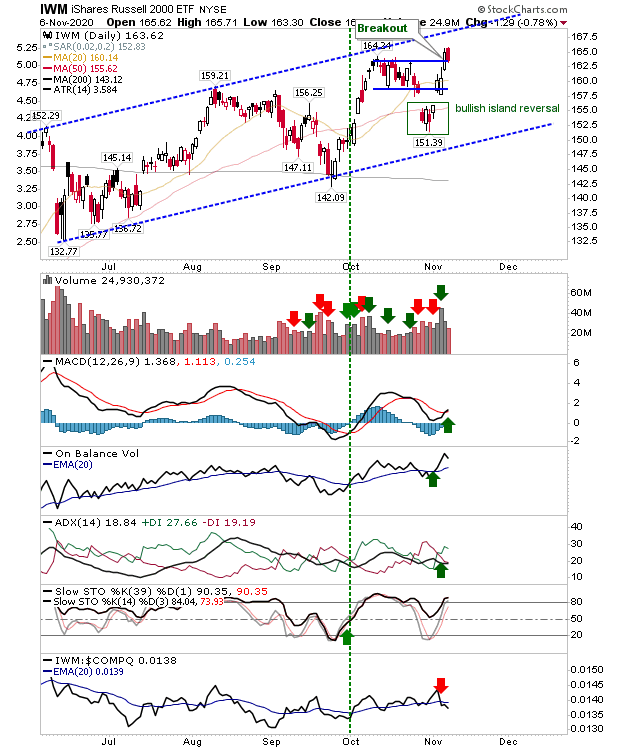 The hasn’t quite managed to make the same gains as the NASDAQ, and its rally stalled before it could challenge the prior swing high. Technicals are net positive and the index is starting to make up relative ground against the Russell 2000 after a month of under performance. 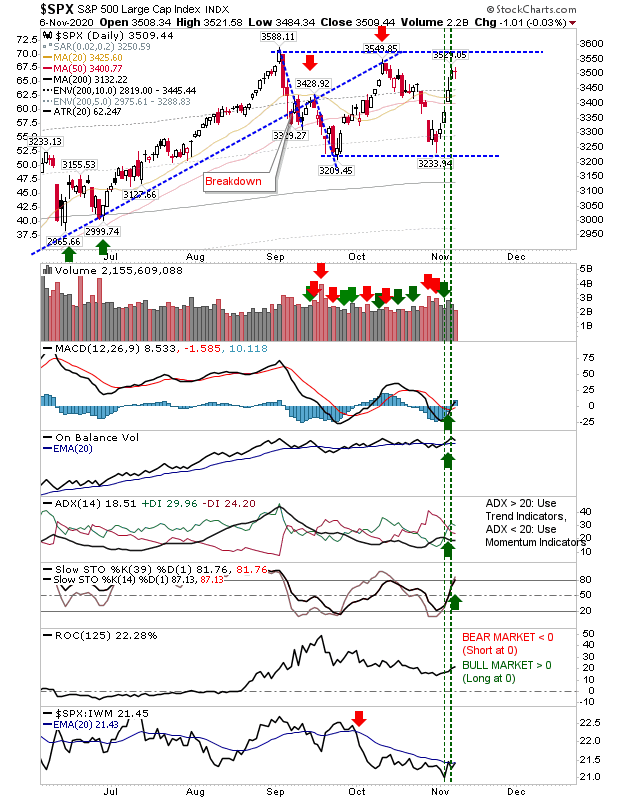 Markets are at an inflection point with the election decided by legal voting methods, only Hail Mary passes are left to swing things towards Trump.  Markets can go either way on this.

The positive reaction to the markets was taken on the likelihood of a Democrat House/President and Republican Senate. With the special run-off election now expected for Georgia there is still a chance Democrats could control all three. In September, market breadth metrics had reached an extreme associated with key market tops and have not been followed by the kind of sell off which would in effect, reset the overbought condition.

We instead could see a continuation of the sideways consolidation which may last beyond the January inauguration. Or, we go hell for leather and Monday sees rallies kick on the back of the Biden/Harris election. This is why the Russell 2000 is important; Small Caps are key leaders in bull markets and the index is well positioned to do this. But it needs to follow through on its promise.