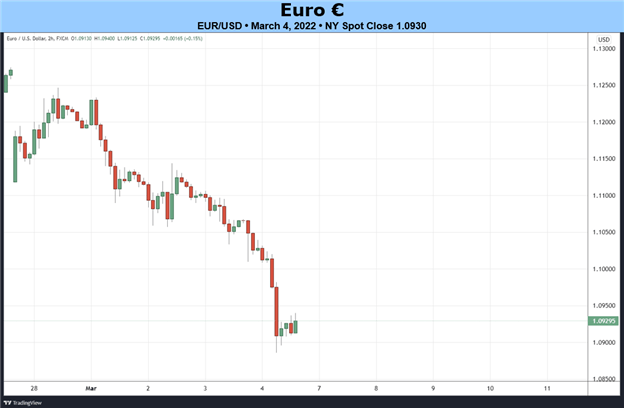 Fundamental Forecast for the Euro: Bearish

It was a brutal week for the Euro as the Russian invasion of Ukraine intensified. Sweeping sanctions by the European Union and the United States, while punishing for the Russian economy, have reverberated back to the Euro as economic risks skyrocket for the Eurozone.

The reverberation of the Russian invasion of Ukraine back to the Euro has taken two forms. First, market expectations for a more hawkish European Central Bank have evaporated over the past week (more below). Second, liquidity conditions have deteriorated (as measured by EUR/USD basis swaps), underscoring the greatest demand for US Dollars by financial institutions since the early days of the COVID-19 pandemic.

That said, here are the key events in the week ahead on the Eurozone economic calendar:

Russia’s invasion of Ukraine is provoking liquidity strains across the global financial sector, with European banks at the center of the storm. There is a non-zero chance that the EU and US sanctions on the Central Bank of Russia provokes a liquidity crunch for European banks that persists for the foreseeable future.

In turn, this may be providing the excuse ECB officials need to justify keep their asset purchase program in place through 3Q’22, and interest rates lower for longer. We’ll hear from the ECB this week at their March rate decision, which should shine light on their perspective, alongside the release of their updated Staff Economic Projections (SEP). 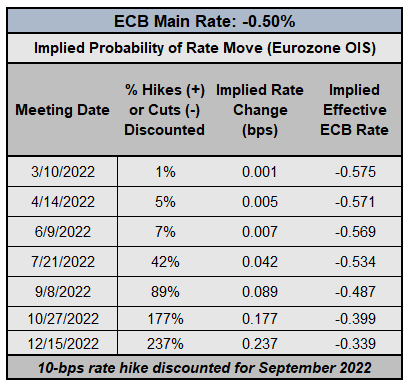 As such, ECB rate hike odds have dropped meaningfully over the past week. Eurozone OIS are discounting a 10-bps rate hike in September (89% chance), down from their February high of an 85% chance in June. €STR, which replaced EONIA, is priced for 20-bps of hikes through the end of 2022, and roughly 80-bps of hikes through the end of 2023. It stands to reason that the ECB doesn’t raise rates at all in 2022, which will further draw a juxtaposition between the ECB and other major central banks, weighing on the Euro. 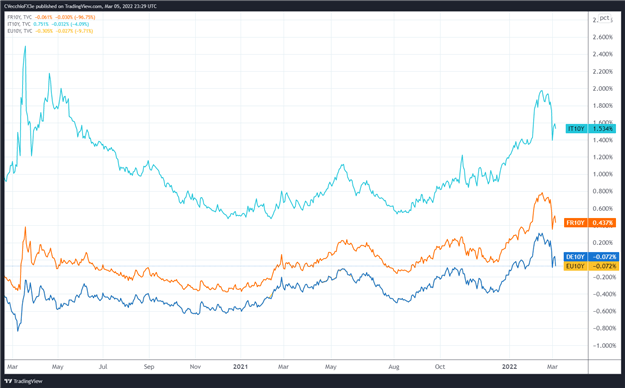 Coinciding with the pullback in ECB rate hike expectations, European bond yields took a dramatic step down in the past week. On Tuesday, March 1, price action in French, German, and Italian yields produced the largest one-day drop in over 10-years. Diminished European bond yields further undercuts the Euro’s appeal relative to other major currencies. 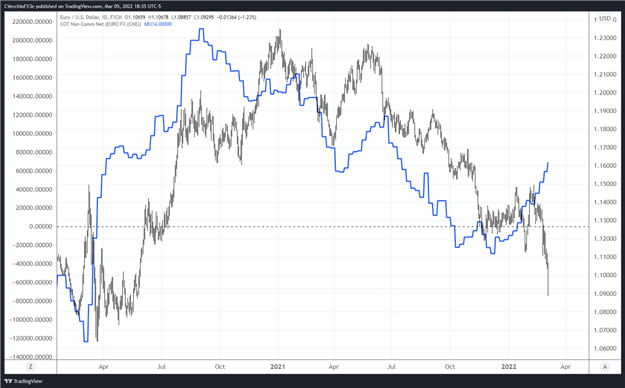