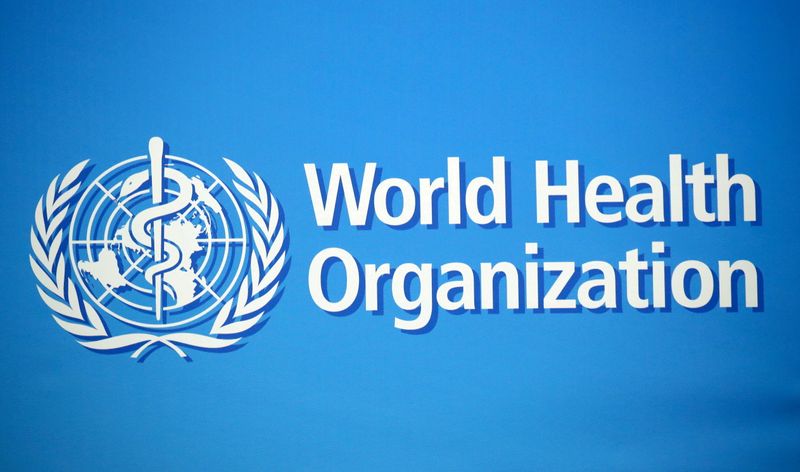 BRUSSELS (Reuters) -The World Health Organization (WHO) is seeking $11.5 billion in urgent funding to fight the more infectious Delta variant of the coronavirus, a draft report seen by Reuters shows, amid worries wealthy nations are partly bypassing its COVID-19 programmes.

A large portion of the cash being requested from the WHO’s partners is needed to buy tests, oxygen and face masks in poorer nations, says the document which is expected to be released this week. And a quarter of it would be to buy hundreds of millions of vaccines for them that would otherwise go elsewhere.

The paper, still subject to changes, outlines the results and financial needs of the Access to COVID-19 Tools Accelerator (ACT-A), the programme co-led by the WHO to distribute fairly COVID-19 vaccines, drugs and tests across the world.

The programme, set up at the start of the pandemic, remains vastly underfunded, and its coordinators are now acknowledging it will remain so as many governments look to address global COVID needs “differently”, an ACT-A official told Reuters, speaking on condition of anonymity.

As a result, it has cut by nearly $5 billion its total request for funds, the document shows. But it still needs $16.8 billion, almost as much as what has been raised so far, and $7.7 billion is required urgently.

The document also calls for a further $3.8 billion, on top of the $7.7 billion, to take up options for 760 million doses of COVID-19 vaccines that would be delivered next year.

“These options to buy need to be exercised in the coming months or vaccine doses will be lost,” the document warns.

WHO Director-General Tedros Adhanom Ghebreyesus last week said that $7.7 billion were urgently needed, but did not give a breakdown of planned spending, and did not say how much extra money was needed for vaccines.

The latest cash crunch will underscore concerns about the long-term future of the programme, which has struggled to secure supplies and equipment to tame a pandemic that has killed more than 4.2 million.

The vaccine portion of the project, called COVAX, is increasingly reliant on donations from wealthy nations, rather than its own supplies, after key manufacturer India restricted exports of shots to boost domestic vaccinations.

But the United States, European Union and Japan have also donated vaccines directly to countries as part of their vaccine diplomacy drives. Japan has also said it’s a quicker process than going through COVAX.

Some countries have provided equipment directly to others too. Last month, Australia said it would donate oxygen-related equipment, antigen test-kits as well as vaccines to Indonesia.

The plea for cash comes as a review of the ACT-A gets under way, with France, Germany and Canada among the countries steering the process. A report on the programme’s results and shortcomings is expected in September by consultancy Dalberg Global Development Advisors, the ACT-A official said.

Among ACT-A’s immediate needs are $1.2 billion for oxygen to treat seriously ill COVID-19 patients in poorer countries where supplies are low, the report says.

Oxygen has moved up the priority list given vaccines are not available, the ACT-A official said, highlighting the repercussions from the shortage of shots as the Delta variant spreads to 132 countries.

COVAX has delivered about 180 million vaccines, far short of its 2 billion target by the end of this year.

Oxygen is needed to “control the exponential death surges caused by the Delta variant,” the document says.

Global demand for medical oxygen is currently more than a dozen times greater than before the pandemic, the document says, but many countries are struggling to access sufficient supplies.

The urgent need for the most basic treatment against COVID-19 one and a half years into the pandemic shows how little has been done to combat the virus in most of the world, the ACT-A official said, noting: “There hasn’t been much progress. What was urgent three months ago is still urgent now.”

“Inequity in access to life-saving COVID-19 tools has never been more apparent,” the document says.

In rich nations, most people have already been vaccinated, including the younger who are less at risk from COVID-19, whereas in poorer nations the most vulnerable are still waiting for a first dose and there is a lack of basic materials, such as face masks and other personal protective equipment (PPE).

“Avoidable death and unsustainable pressure on health systems is mounting in many countries due to insufficient access to oxygen and PPE,” the document says.

At least $1.7 billion are urgently needed to buy protective devices for healthcare workers in poorer nations, the document says, and another $2.4 billion are needed to boost testing in low-income countries.