Will Biden have a ‘strong dollar’ mantra? By Reuters 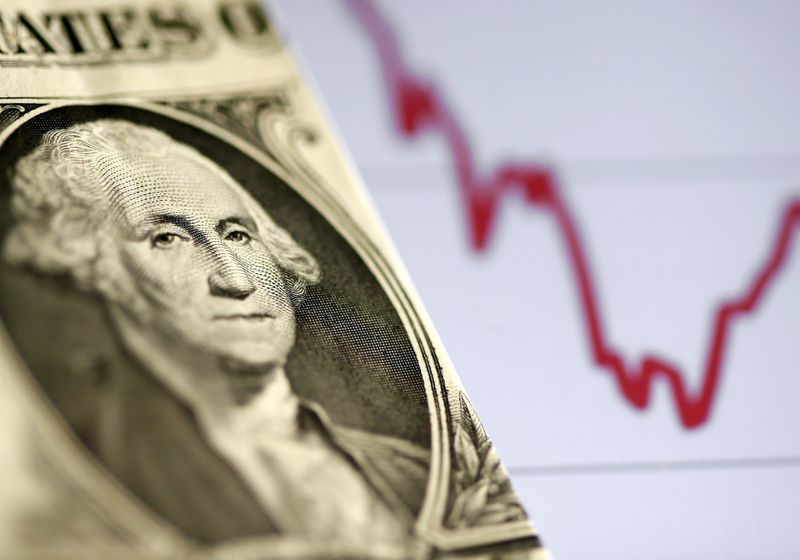 (The author is editor-at-large for finance and markets at Reuters News. Any views expressed here are his own.)

LONDON (Reuters) – U.S. President-elect Joe Biden has been warned not to tinker with the dollar’s standing in world markets given the parlous state of the country’s finances – but his new Treasury chief may be equally advised against talking up the currency too much.

In an open letter to the as-yet unknown next Treasury Secretary this week, Larry Summers – a former holder of the job and a Harvard professor – said the need for expansionary economic policies meant it would be “unwise to appear actively devaluationist or indifferent to the dollar.”

“Favoring a strong dollar based on a strong economy or some such seems prudent,” Summers wrote. “Within the councils of the Administration it is your vital role to emphasize that if the United States over-exploits the central role of the dollar in the international financial system to pursue parochial objectives, it puts that central role at risk.”

The thrust of the letter, via Washington’s Peterson Institute for International Economics, was that Biden’s team should repair America’s multilateral economic relations in forums such as the G20 and at the International Monetary Fund after four years of protectionism and either unilateral or bilateral actions.

As ambitious domestic tax changes would be difficult with a gridlocked Congress, and with financial stability already covered by the Federal Reserve, Summers insisted Treasury’s energy should be directed towards urging the rest of the world to lift demand. He advocated a new policy mix of investment spending not undercut by bouts of demand-sapping austerity.

His caution about the dollar, however, was partly a sideswipe at four years in which President Donald Trump, even if not his Treasury head Steven Mnuchin, publicly complained about an overly strong dollar and often lambasted the Fed for not matching the easy-money policies of other central banks.

Perhaps unsurprisingly, Summers advocates an approach taken by himself and his predecessor Robert Rubin in the 1990s – one that answered every question about the exchange rate with anodyne mantras such as “a strong dollar is in America’s interest”.

“An oft-repeated phrase will promote more financial stability than any amount of thoughtful theorizing,” he said in the letter.

But the timing of his concern about the dollar’s valuable reserve currency status is well noted by markets who, on balance, remain bearish on the dollar due to bloated trade and budget deficits, mounting national debt and expectations of zero Fed interest rates and bond-buying for years to come.

Europe’s largest asset manager Amundi, for example, said on Thursday the dollar was overvalued by about 5% against most major developed world currencies given the United States has lost its growth and real yield advantages against those countries.

And some feel this precarious position – exaggerated by the pandemic slump and massive government rescue – justifies more caution about dollar stability than has been shown for years.

“The ‘twin deficit’ risk coupled with loose monetary policy will likely mean whoever becomes Biden’s Treasury Secretary will be far more cautious on U.S. dollar rhetoric than President Trump has been during his term in office,” said Halpenny, adding Treasury would do well to be cautious of central banks in China and elsewhere gradually diversifying dollar reserve holdings.

Goodbody’s global strategic advisor, Joe Prendergast, points out that a “strong dollar” mantra could also be helpful to the Fed in keeping both policy and long-term interest rates down by subduing inflation expectations – especially as the central bank carries a bigger burden of economic support if a sizeable fiscal lift is gridlocked in Congress.

But calibrating a stance toward the exchange rate can be tricky, and there are also risks to sustaining an overvalued dollar or giving the impression of a hard-currency zealot, who seeks persistently low inflation, tight money supply and a strong currency.

As played out again this year, the weight of dollar-denominated debts among global companies and emerging economies often leads to funding stress in a shock, or when the dollar rises. That dollar cash scramble often compounds the issue by lifting the exchange rate further.

And global stress exaggerated by a rising greenback – why the Bank for International Settlements dubbed the dollar “the new ” – could in itself cut across the sort of overseas growth that Summers insists the new Treasury Secretary needs to pursue.

If anything, the dollar tends to weaken when non-U.S. economies pick up steam, and that weakness loosens financial conditions around the globe.

Conversely a post-pandemic U.S. recovery before the rest of the world could balloon U.S. trade deficits – especially if a Fed rethink of zero rates sooner than others lifted the buck too. In that light, an explicit “strong dollar” policy may be unhelpful.

Perhaps the wisest approach would be to avoid any overt exchange-rate policy whatsoever – absent some new crisis.

For all Trump’s fast-and-loose dollar talk, the currency actually remained fairly stable over the four years of his administration. After a period of initial weakness and then a rebound, the Fed’s broad is within 1% of where it was when Trump won the election in 2016.

“You will almost certainly find with respect to dollar talk, that less is more.”