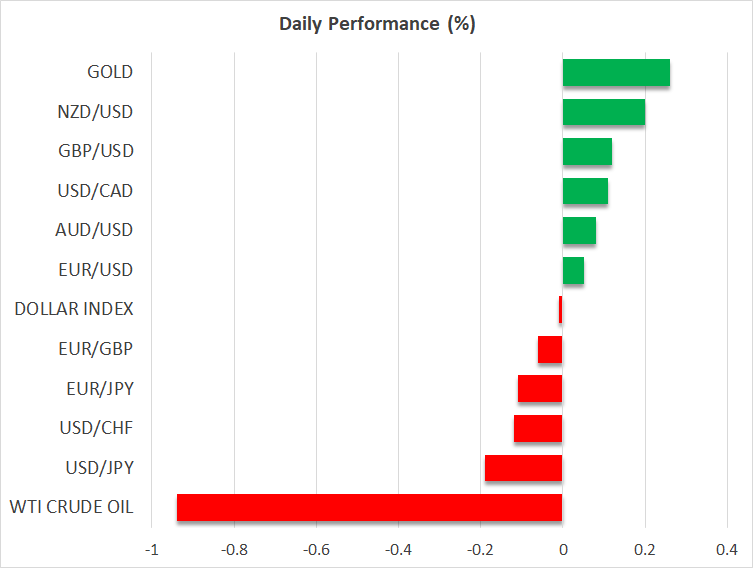 The spotlight will fall on the European Central Bank (ECB) today, which will conclude its latest meeting at 11:45 GMT. Stagflation risks have engulfed the euro area economy lately with the mayhem in supply chains, collateral damage from China, and the calamity in energy prices threatening to kneecap economic growth but simultaneously keep inflation hot.

In this light, it is strange that money markets are pricing in an ECB rate increase for next year. Even though it is only a minor hike of 10 basis points, that still seems excessive. Traders are betting the central bank will be forced to respond to the surge in inflation expectations, which is typically a signal that inflation is here to stay.

But in Europe’s case, this isn’t a sign the economy is doing well. It merely reflects the spike in energy prices. The growth landscape remains grim and the labor market is nowhere close to a full recovery, so consumers won’t have the pockets necessary to keep the inflation spiral going once supply constraints fade and energy prices stabilize.

Therefore, the ECB could play down the possibility of raising rates anytime soon. President Lagarde might highlight the various risks around economic growth and stress that this inflation episode still seems transitory, a message that would likely deal a blow to the euro.

But any euro weakness today might not be fully reflected in euro/dollar as the American GDP report could also disappoint. There’s a sharp disconnect between Wall Street forecasts and Fed models on this one, with the consensus among economists being for a 2.7% annualized growth rate but the Atlanta Fed’s GDPNow model standing at a mere 0.2%.

This spells some downside risks around the upcoming GDP number as the Delta outbreak and supply obstacles likely put the brakes on economic momentum during the quarter.

Over in Canada, the central bank took markets by storm after it terminated its QE program prematurely and signaled that rate increases could arrive several months ahead of schedule. That initially catapulted the higher, but a sharp pullback in oil prices subsequently trimmed those gains.

Bond markets are transmitting some ominous signals about what comes next. The yield curve is flattening, with short-dated yields charging higher but long-dated ones falling sharply. This usually reflects worries around economic growth and suggests central banks may ultimately be forced to backpedal on rate increases.

Reading too much into this dynamic isn’t appropriate while central banks are still buying truckloads of bonds every day, but the stock market certainly took notice, retreating from record highs yesterday despite a solid day for earnings.

As always, falling long-dated yields are a blessing for the yen, which is racing higher today even after the Bank of Japan revised down its economic forecasts and confirmed rate increases are not on the horizon.

Finally, the Reserve Bank of Australia did not defend its yield target today, amplifying speculation that it might abandon yield curve control altogether and raise rates much sooner than previously signaled. Next week’s policy meeting just became a whole lot more interesting. 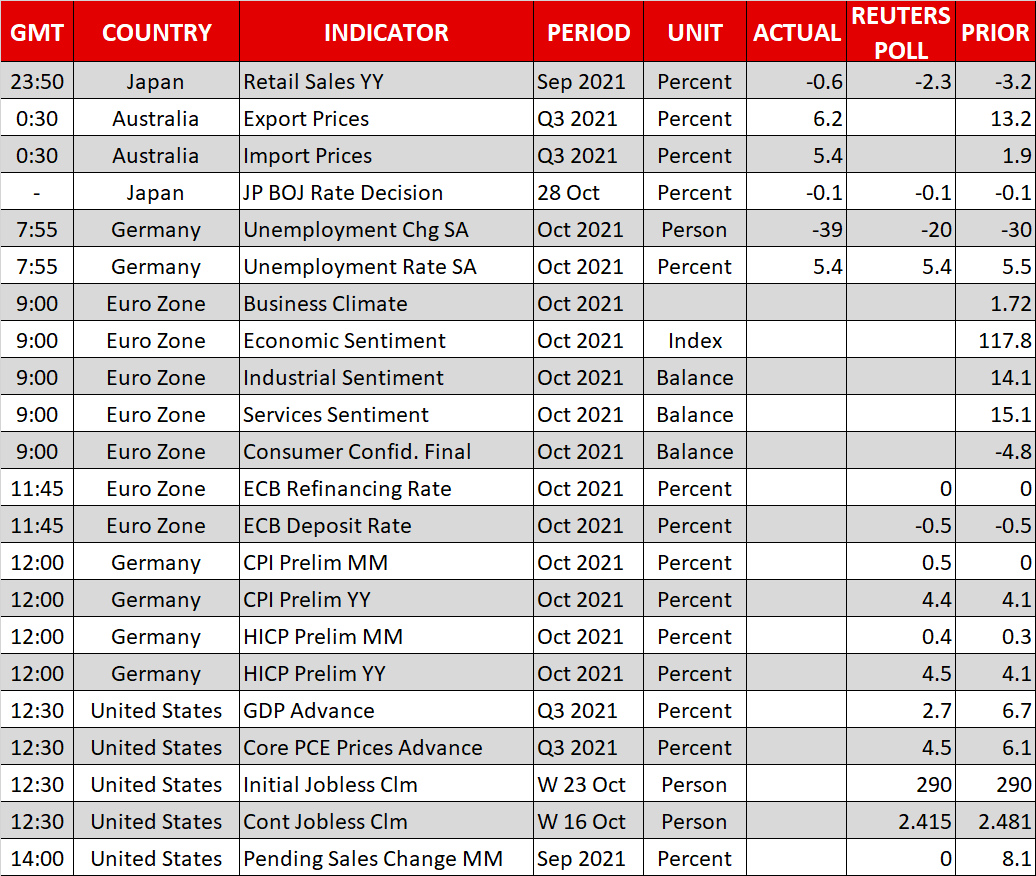