With U.S. approval, Trump name to come down from landmark Washington hotel By Reuters 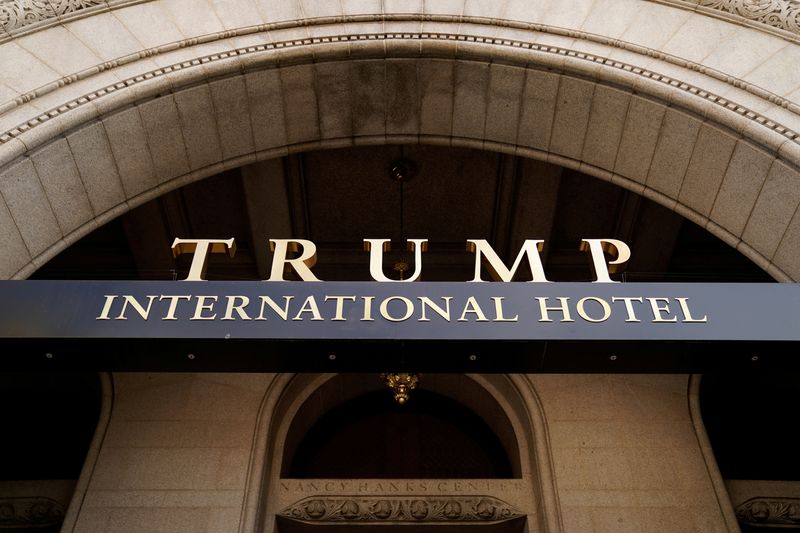 WASHINGTON (Reuters) – The U.S. government on Friday said it would allow former President Donald Trump’s company to sell the rights to a luxury hotel in Washington to a Hilton affiliate, clearing the way for Trump’s name to come down off a building that served as a flashpoint during his presidency.

The U.S. General Services Administration, which acts as the federal government’s landlord, said it approved the deal between the Trump Organization and CGI Merchant Group, a Miami investment firm that plans to operate the building as a Waldorf Astoria hotel.

Located in the historic Old Post Office Building four blocks from the White House, the Trump International Hotel served as a gathering point for his supporters and some foreign government officials during his presidency, and a sticking point for critics who said it violated ethics laws.

Trump’s company reached a deal to sell his rights to the property for a reported $375 million, which could net him a $100 million profit.

Democrats in Congress had urged GSA to cancel the lease before Trump could sell it, arguing that he may have provided a misleading picture of his finances when the government leased the property to him in 2013, before he ran for president.

The Trump Organization and CGI Merchant Group did not immediately respond to a request for comment.

Facebook
Twitter
Pinterest
WhatsApp
Previous articleStocks could take their cue from oil, inflation and interest rates in the week ahead
Next articleFTSE 100 Rejects Critical Resistance as Equity Rally Eases