One of the most renowned analysts in the industry maintains that is primed to resume its uptrend.

XRP could resume its uptrend towards new all-time highs upon the break of the $1.17 resistance barrier.

Ripple’s XRP token could be ready to make a bullish run.

According to 40-year trading veteran Peter Brandt, XRP’s price action is “constructively” governed by a multi-year head-and-shoulders pattern that has formed on its weekly chart. 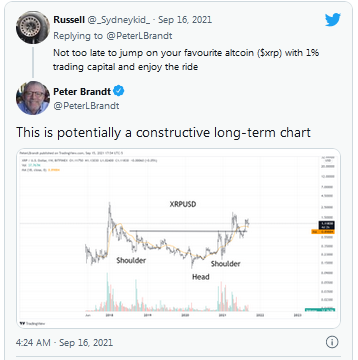 The sixth-largest cryptocurrency by market cap skyrocketed by a massive 230% in late March, marking the breakout of the consolidation pattern. Then, XRP reversed to the head-and-shoulders’ neckline at $0.61 to shake out some of the so-called “weak hands.”

Prices have bounced back above the $1.00 psychological level since Jul. 20 where the asset is currently consolidating. 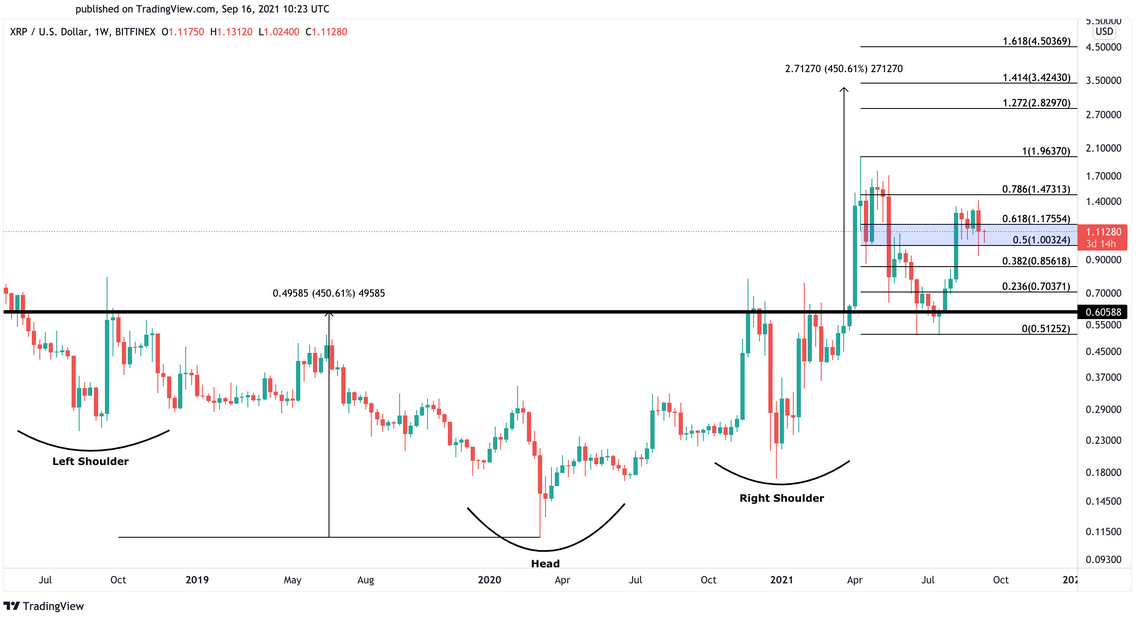 A decisive weekly candlestick close above the overhead barrier could signal the resumption of the uptrend. Under such unique circumstances, XRP could enter a new uptrend to meet the target of the head-and-shoulders pattern at $3.42.

When considering the rising number of active addresses on the XRP network, the bullish thesis holds. Roughly 6,700 addresses are interacting with the network, representing a 394% jump from last week.

A spike in the number of active wallets tends to be followed by rising prices. Still, it is imperative to wait for a sustained candlestick close outside the $1.72 to $1.00 price range to determine where XRP is heading next.

Slicing through resistance might push this token to new all-time highs while losing the underlying support barrier could result in correction to $0.85 or even $0.70. What are NFTs? Here’s what you need to know about non-fungible tokens Earnings are the big catalyst for stocks in the week ahead, as Tesla and Netflix report