‘s stagnation phase may soon be over as technicals turn bullish for the first time since late July.

While has taken the lead in the latest bullish run-up, XRP has remained dormant. Now, a technical index suggests that this altcoin is on its way to greener pastures.

XRP has gone through a month-long consolidation period that has forced the Bollinger bands to squeeze on its 3-day chart.

Many analysts view squeezes as phases of stagnation that are often succeeded by high levels of volatility. The longer the contraction, the more violent the breakout that follows.

This index’s inability to provide a clear path for the direction of the cross-border remittances token makes the area between the lower and upper band a reasonable no-trade zone. Breaking through the overhead resistance at $0.26 or the underlying support at $0.23 will determine where this altcoin is headed next. 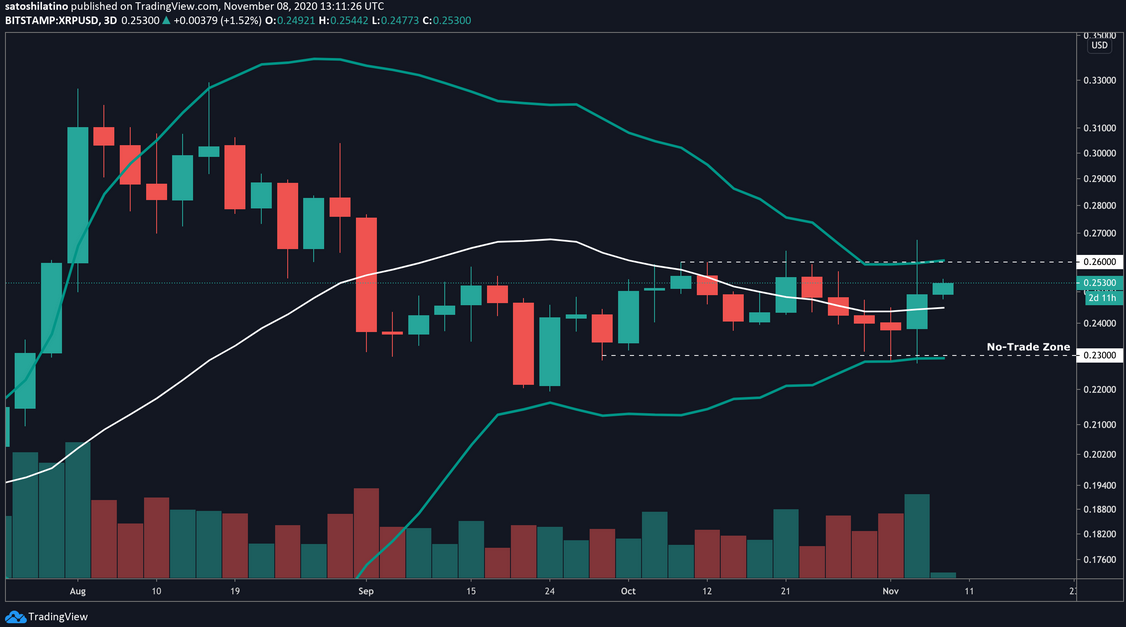 Despite the ambiguity that XRP presents, the parabolic stop and reverse metric, or “SAR,” favors the bulls.

This trend-following indicator estimates that the downtrend that began on Aug. 4 reached exhaustion. As the stop and reversal points moved below XRP’s price on Nov. 5, the odds for a breakout increased drastically.

Based on historical data, the stop and reversal system is highly effective in determining the course of XRP’s trend within the 3-day chart. The last two times the parabolic SAR flipped from bearish to bullish, the international settlement’s token rose by 61% and 30%, respectively.

Now, a similar price action could be about to take place. 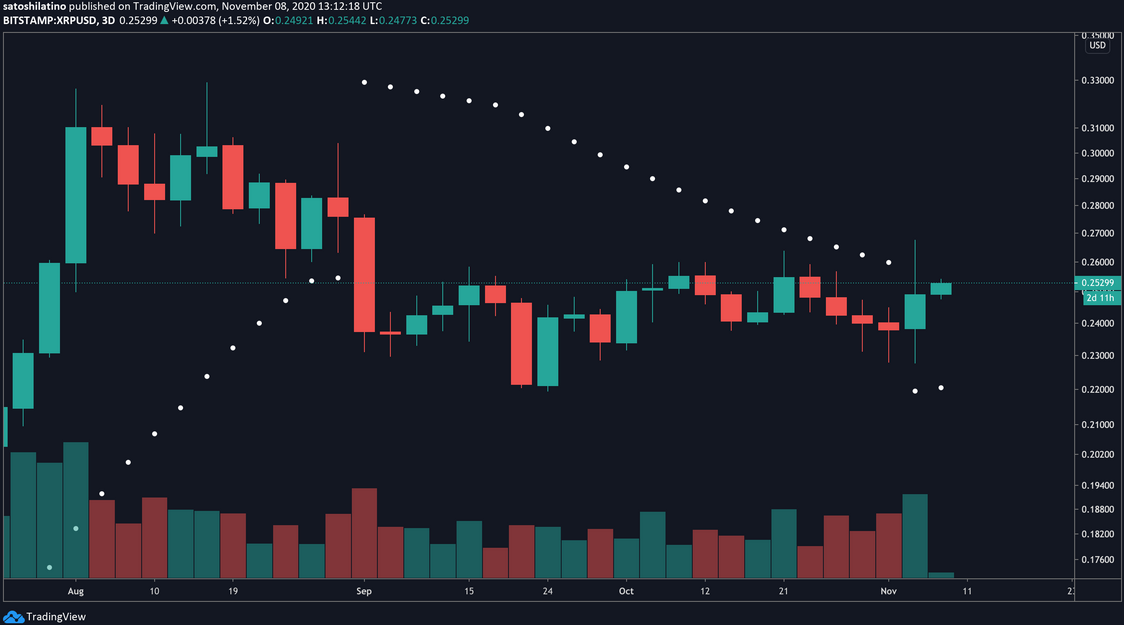 By measuring the Fibonacci retracement indicator from February’s high of $0.35 to March’s low of $0.114, the $0.26 level is a critical resistance to pay attention to. Here, the 38.2% Fibonacci level converges with the upper Bollinger band, adding an extra layer of strength to this hurdle.

Only a bullish impulse that allows XRP to turn the $0.26 barrier into support may see the token rise towards the 23.6% Fibonacci level at $0.29. 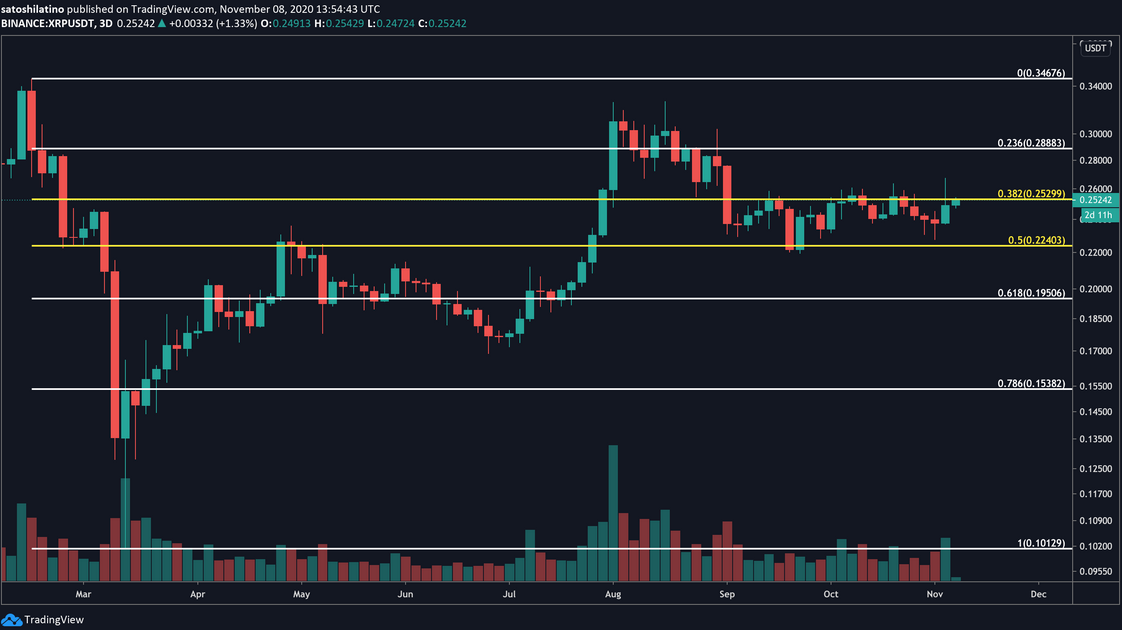 On the flip side, a downswing that sends XRP underneath the $0.23 support may jeopardize the bullish outlook.

Moving past this hurdle might see an increase in sell orders that pushes prices further down. If this were to happen, this altcoin could drop to the 61.8% Fibonacci level at $0.195 instead.