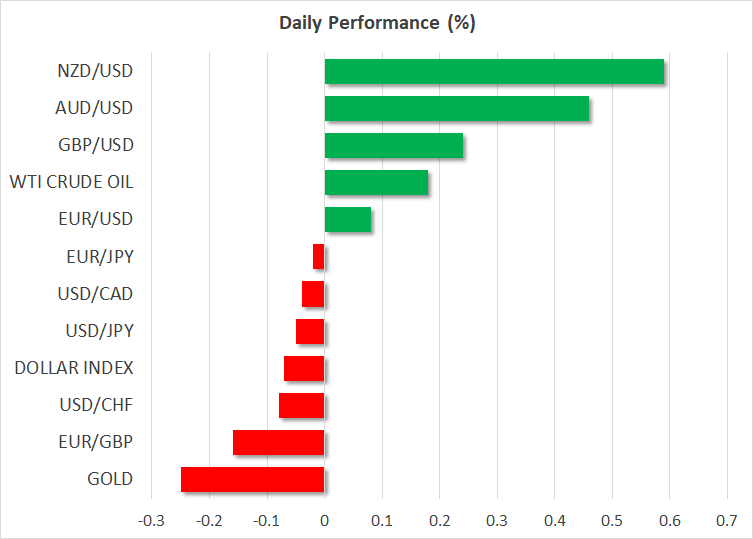 The sense of nervousness that haunted the bond market in recent months has returned, putting investors across every asset class on red alert. Yields on government bonds continue to melt down, indicating spectacular demand for safe assets even despite their negative real returns.

The question is whether the bond market is sensing something sinister ahead or whether the latest moves can be explained away as technical. There are solid arguments on both sides.

The rampaging Delta variant is being blamed for these jitters. It has started to infect China and it could hamper the recovery in unvaccinated economies, fueling the narrative that ‘peak growth’ is behind us. That said, central banks are still buying an absurd amount of bonds and some players like banks are simply forced to buy truckloads of Treasuries as top-tier collateral.

Therefore, it is difficult to say how much of the meltdown in yields is an economic signal and how much is just noise in a market heavily manipulated by central banks. For now, the global slide in yields is boosting the Japanese yen. The yen is one of the lowest-yielding currencies, so when foreign yields drop, its chronic interest rate disadvantage is reduced and it becomes more attractive.

The catalyst for this latest round of nerves seems to have been the ISM manufacturing survey from America. The index fell a little in July, amplifying concerns that global industrial momentum is slowing.

That sent chills through markets. The S&P 500 erased some early gains to close the session in the red and oil prices tanked. That said, this whole episode seems like an overreaction. The ISM index still stands at 59.5, which is very elevated by historical standards, and the Markit manufacturing index even hit a new record high.

Some hawkish remarks by Fed Board Governor Christopher Waller may have contributed to the reversal in sentiment. He stressed that if the next couple of employment reports are strong, around the 800k range for nonfarm payrolls, then the Fed could announce tapering in September already.

This is the most explicit any Fed official has been so far. Waller gave markets both an economic condition for tapering and a specific timeline. He is a permanent voter in the FOMC, so his views carry weight. The dollar got a small boost after his comments but nothing spectacular. Markets still think the Fed won’t pull the trigger so soon, which sets the stage for some powerful moves if the upcoming jobs data are truly impressive.

RBA refuses to backpedal on tapering

Elsewhere, the Reserve Bank of Australia kept policy unchanged today. Policymakers stuck to their earlier plans to trim asset purchases, even despite the onslaught of negative economic developments over the past few weeks.

The overall message was that the RBA isn’t ready to hit the panic button yet, but it might if the situation escalates any further. That lifted the Australian dollar as most investors were expecting the Bank to put its tapering plans on ice immediately.
Meanwhile, the got its own boost overnight after the RBNZ announced it will begin to tighten mortgage lending standards soon to cool the housing market.

There isn’t much on the agenda for today, but there could be some more fireworks in the kiwi early on Wednesday, when New Zealand’s jobs numbers for Q2 will be released. This will be the last major dataset before the RBNZ meets on August 18, where markets are pricing in an 80% chance for a rate increase.